In case you didn't get enough SAB hype yet

I built a SAB jumping puzzle some time ago for the Knights Of The Rose guild. Here's a video of it! 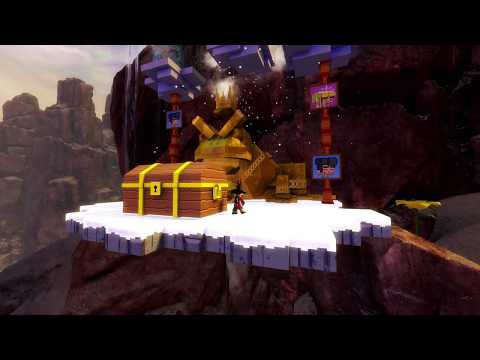 I tried to reiterate the best of all worlds (at least, as much as GH decoration allowed that), with increasing difficulty, and mixed in the Windswept Haven waterfalls as a reminiscence of W2-1. That mixture with "real" world graphics reminds of playing Lego's in the garden, when they were mixed with grass and stones back in the days, lol. It changed a bit meanwhile so the cliff part isn't as short / bland anymore, and to prevent shortcutting with gliders.

The biggest battle was under the hood, against the decoration limit, but with some trickery I could beat it, though it was quite exhausting.
I wish that limit could be raised (depending on Guild level?) if not removed completely.

Hope you like it! I'm excited to see what new GH decoration will come out in this release, if any, and what the new content will be available in general.
Did you make any SAB JPs? Let me see them! I wish we could just enter the GH freely for player-built levels