Made a Poster with ALL the current GW2 Mount Skins

Yesterday I've designed icons for the mounts that got released over the past few months. I decided to compile them again in one big poster. It contains all 197 mount skins released so far.
As for the title. The reasons why it says "Mounts" instead of "Mount Skins" is because lore-wise I see each skin as a different species/breed. I doubt the people in Tyria will speak of different breeds of Skimmer for example as "skins" haha. Anyway enjoy!

All icons are made with Adobe Illustrator and most of them were sketched first in Photoshop. The whole project took several months to complete. I usually made 1-3 icons a day. Each icon took about 20-60 minutes depending on the complexity. 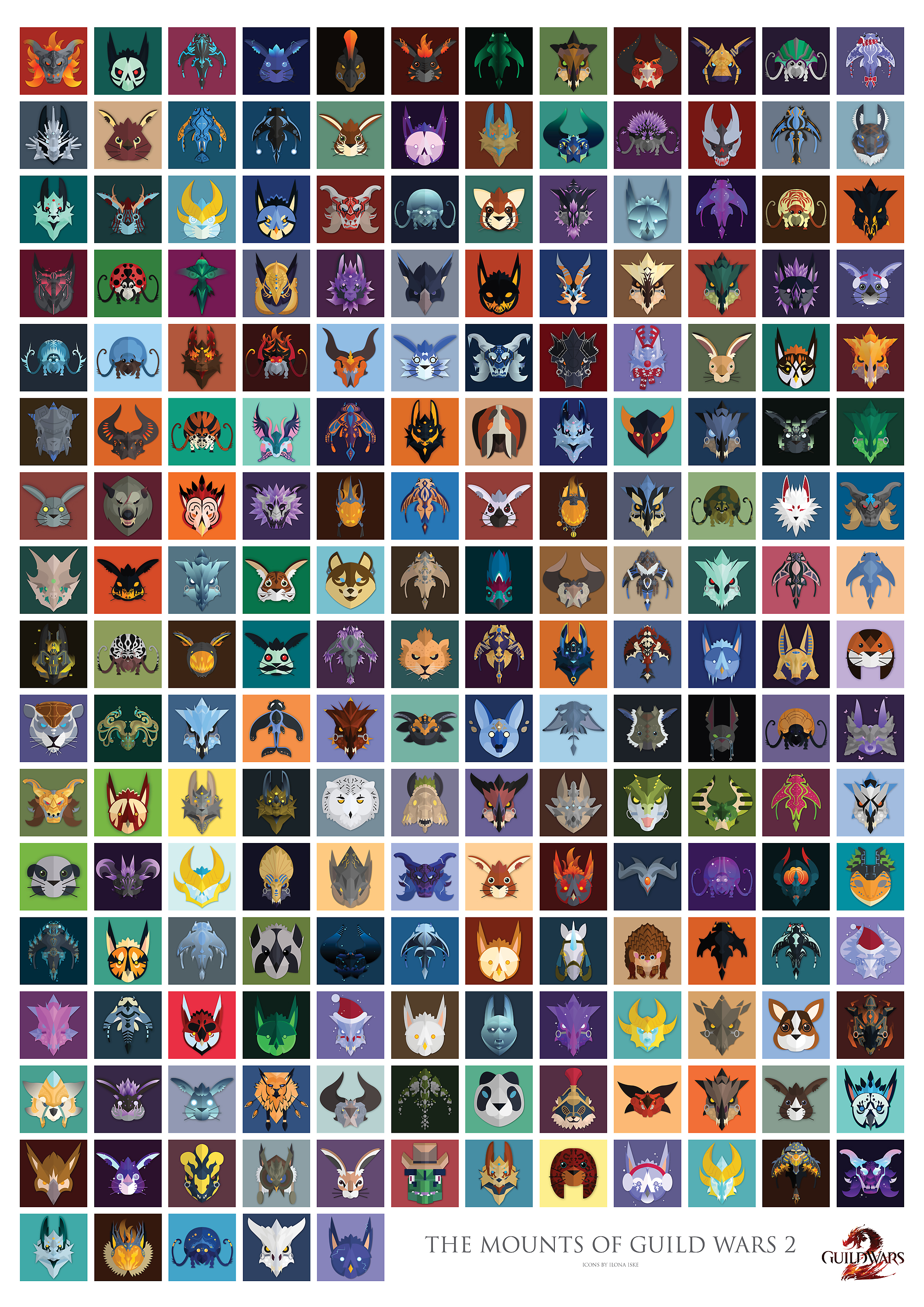