The idea of a Tengu/Canthan themed fractal have always been in my mind ever since the launch of GW2. I also dream of working at Anet one day. So as a hardcore gw2 gamer and an inspired artist, I present the first part of my fractal level: Temple of the Celestials!

Brief: When the Mordrem vines tore through the grounds near a Priory campsite, the Priory scouts investigating the tunnels discovered a hidden cavern beneath the surface. Upon first excavation it is believed to be of Tengu origin. The Priory contacts the commander and the player's will accompany a group of Priory Explorers into the Temple to unveil its Secrets.

The fractal will be set during the Pact's encounter with Mordremoth. There are 5 parts: 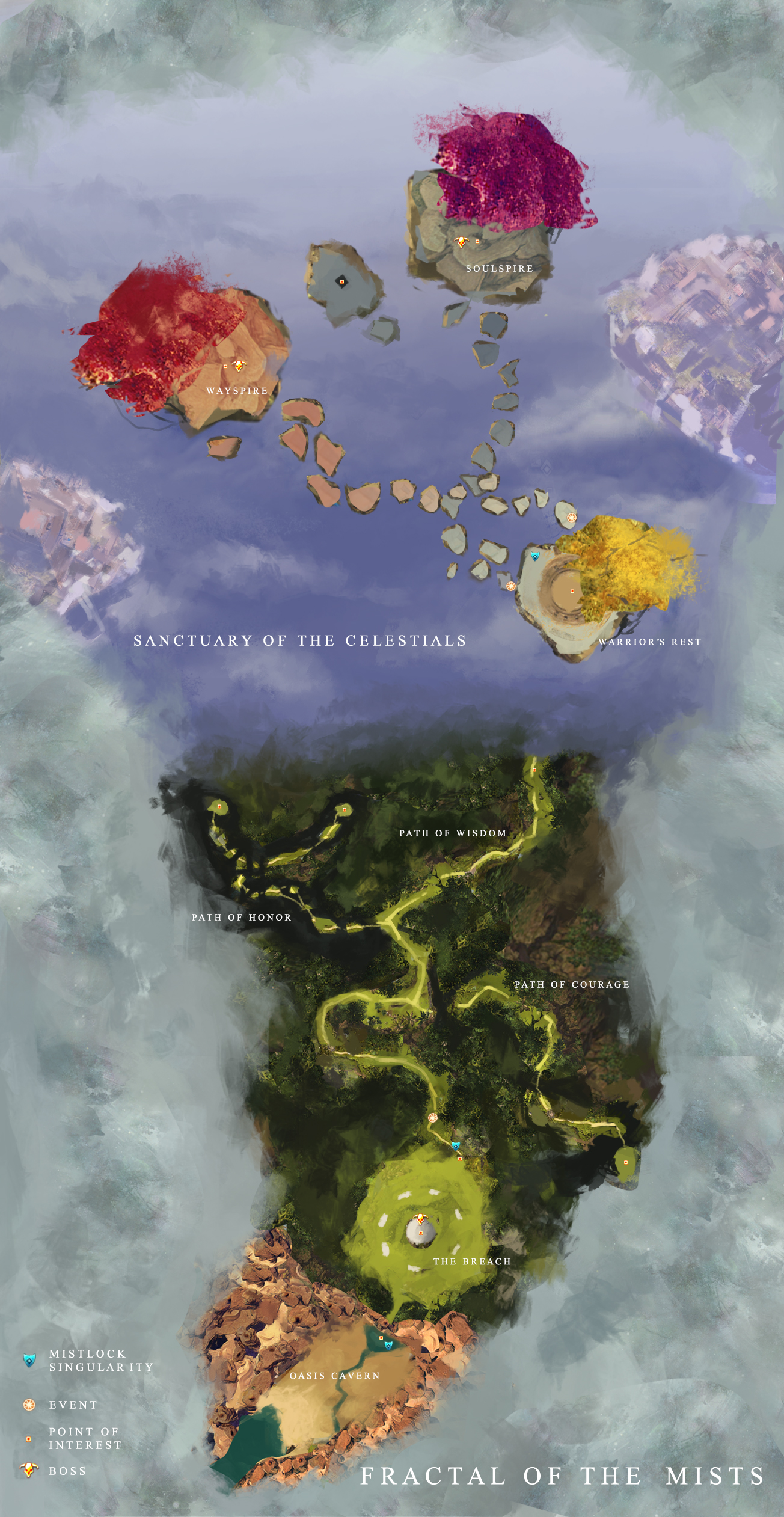 I really enjoy working on this project so I went a little farther and drew out some of the mechanics of the fights too. I run fractals and CMs often so I payed a bit more attention when it came to mechanics. I wanted this fractal to be unique, in the way of new mechanics never seen before in any other instances, but also keeping consideration of limitations of code and extra assets. Some of these mechanics might be too much for a fractal, I try to keep that in mind, but In the end this is just a fan project, whether its implemented or not I'm having a blast imagining myself running through these mechanics.

Feedback and suggestions are greatly appreciated. I'm not focusing too much on the story and lore aspect of this as much as I like, so if you guys have any ideas I'd love to hear them!

Updates for each part below.