Northern Drizzlewood Cache ( DO NOT DO THIS TRACK! )

After finally completing the whole track, here is what you get in the final box...

This is the worst chest line you can pick for rewards. There is kitten all inside (in the sense of it being worth while of a last chest) of it making me waste an entire wvw sesh just to get it.

So... I recomend to anyone doing WvW DO NOT DO THIS TRACK. 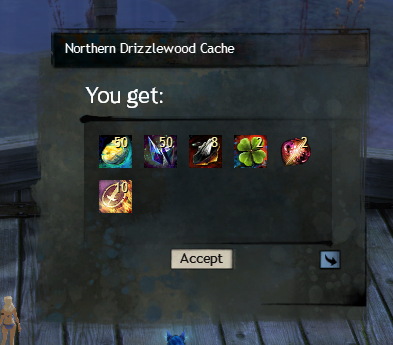