Sometimes i get a weird performance issue where i get a very heavy lag, less than 1 FPS, but also having a very weird symptoms in the CPU performance. Tested with both intel i7 4960x and AMD Ryzen 3700, both having this issue in different time, but occur usually in heavy duty maps such as tequatl and triple trouble.

RAM aren't going to be problem as i have 64GB, the game also loaded in SSD. I am running them in GTX 1660 which wouldn't be a problem either. 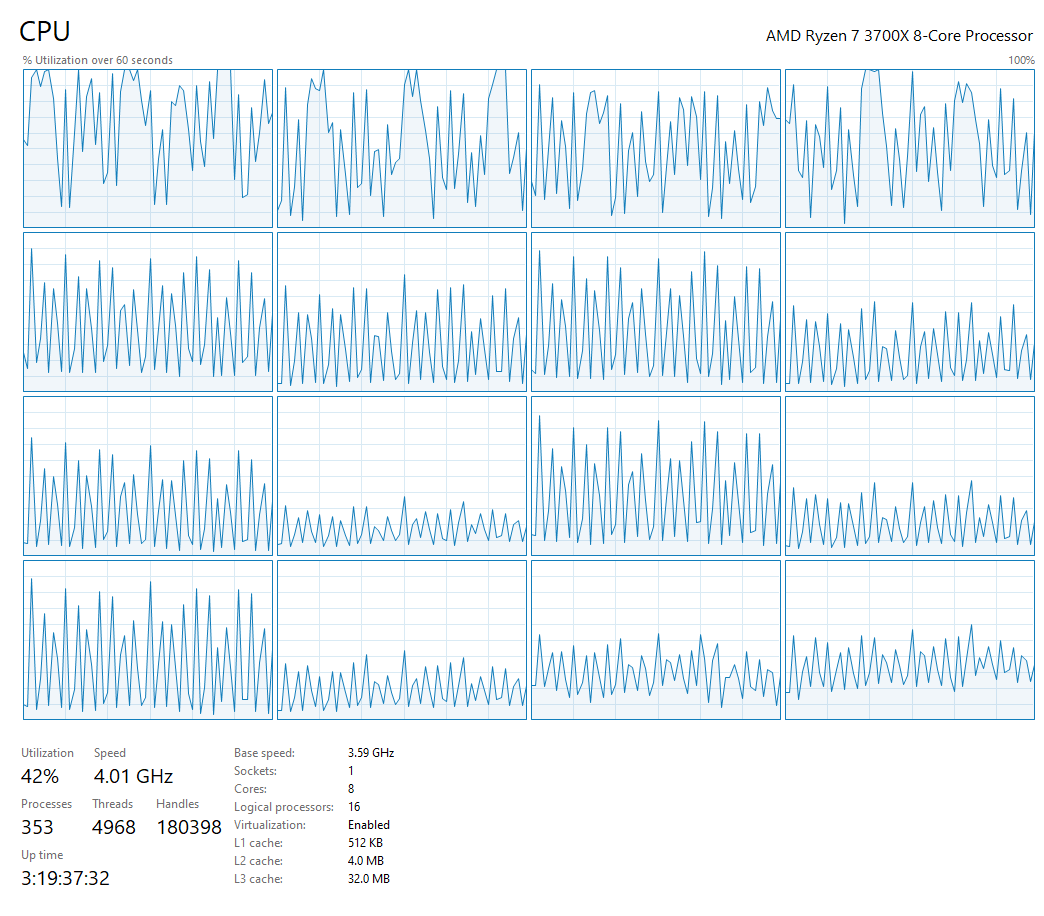