Guardian - Shield of the Avenger - Bugged

Using "Shield of the Avenger" in PvP (with the trait Eternal Armory) the skill is frequently bugging out.

Most of the time, it either doesn't spawn at all, or else it spawns and then immediately de-spawns instead of staying for the expected 5 seconds. Which cannot be working as intended. This is difficult to reproduce in the PvP Lobby / Mists, it only seems to happen actually during a game.

The weakness and burning are being correctly applied, and the Ammo is being consumed, so the skill is "activating" properly, but the projectile-bubble is not spawning.

This video is out-takes from ONE unranked game, in which I attempt to use Shield 15 times, and 13 of those times fail/bug out. 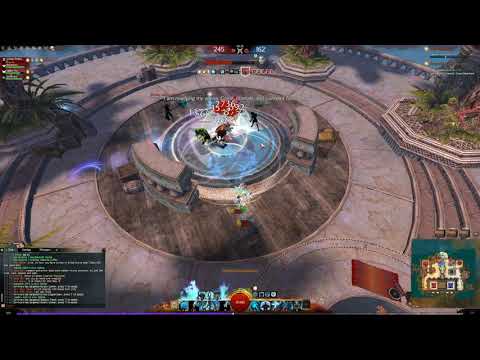