Witness the (slightly pixelated) cutting edge of elegance incarnate in an instrument used and abused to play bittersweet tunes in poetic verses of taking lives for saving lives!

See color palette the craving for which might or might have not been influenced by a youth spent listening to "Death to all who oppose us!" and "Hold Your head high!";
the lean, vorpal blade; the intricate, tasteful crossguard; 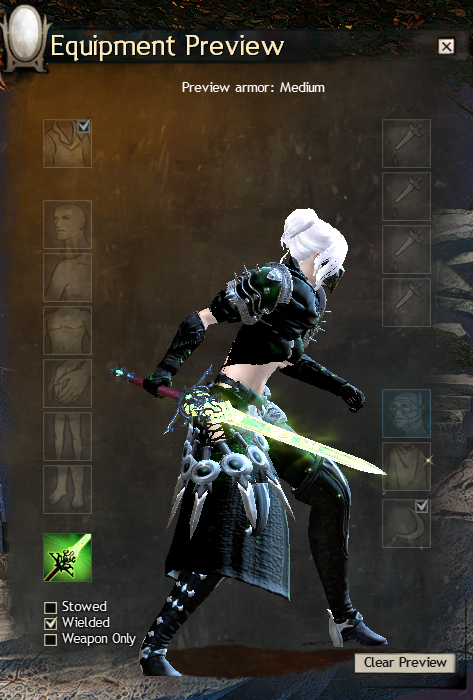 ...and the reason for why we can't have nice things.

Already seeing the colors on the official release page way before the content was up made me grin. "Feels Quel'thalas," I thought. "Feels home."
Aaaand then I noticed how the sword on the preview was being held and my heart sank.

Which got me thinking: "Why?"

Pretty sure everybody held a sword in their hand. Or a broom. Or... anything.
You see, the problem with this grip is that the point of balance of a sword tends to be very close to the crossguard/hilt of the sword (the thingy supposed to not let the opponent's weapon handshank You), because the blade is a gorgeously lightweight thing (unless it's whatever kitchenware the Vigil's Honor weapons are). This means that in order to control the murdering portion of the weapon - (mostly) the blade - the sword has to be held around that balance point, because the very idea of a sword is being nimble, able to adapt, which demands control, and the more difficult a weapon is to control, the more taxing the adaptation is.
As such, the most prevalent way of wielding a sword is by holding it as close to the hilt as possible,
(the best examples currently in Tyria being mostly rapiers:) 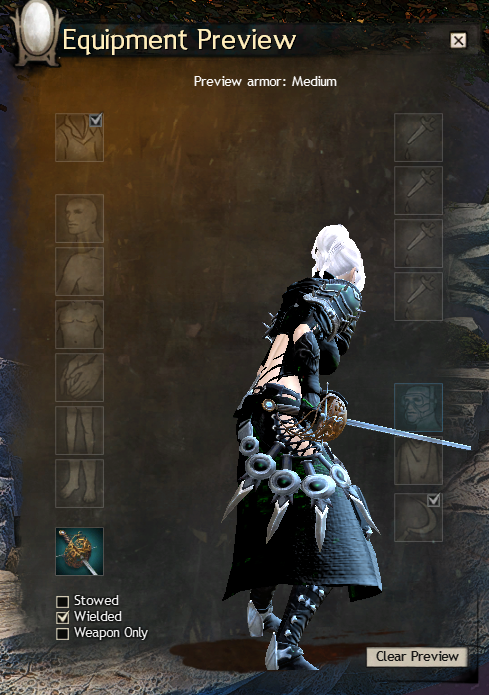 in some cases with fingers even above/around the hilt for more blade control.
Of course, this doesn't mean a sword can only be wielded in that one way, but we're looking for a general grip for most occasions. Any fancier maneuvers can be animated, after all, and the animations in Guild Wars are utterly mesmerizing, so... do go wild! Pretty please!

If we compare it to, say, axes, those are much more flexible in the "general" grip, because axe handles were in the vast majority made of wood - and, in-game, very few have any ornaments or other purely cosmetic nonsense added to their handles - and so almost the entire weight of the axe was the head, yet the same laws of physics apply - the closer to the point of balance the axe is held, the more control over the weapon the wielder has. The further away, however, the more raw damage swinging the axe would do thanks to how rotation works.

So the idea of taking shortcuts came to mind - designating the same point on the weapon for every race to hold, so even norns and charrs can wield the same sword without clipping through half of it while not needing to scale the weapons up or down.
Then I logged to test it and, although the count of usable swords went from ~20 to a decent ~60, it's still a sad amount, considering how many swords there are.

Which is a crying shame, because the models themselves are beautiful, creative, and still much less bonkers than the usual fantasy weapons. 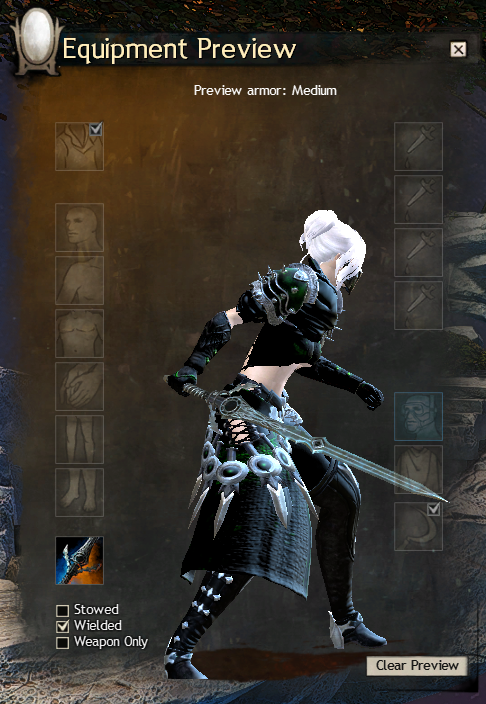 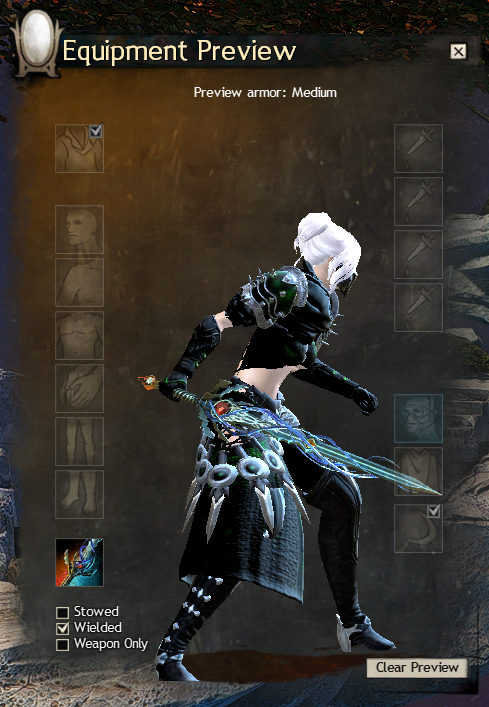 I'd rather never see it repeated again.
Skritts are going to go mad after shinies anyway. Might as well capture the entire audience, yes?