In the past, I've brought you a mockup of new guild missions and legendary armory, and today, I bring you a new idea to the table, as suggested to me by WoodenPotatoes! Racial Specializations!

Racial Specializations are a new way to add skills for everyone. As of now, we have racial skills, bound to our race and that's it. They're just vibin' there. So, what if - now bear with me - We allow everyone to use them, and add even more races and their skills!

Racial Specializations would get their own tab in training panel under the hero tab. Everyone would have access to core races (Asura, Sylvari, Human, Norn, Charr, maybe Tengu?) and could acquire their skills and abilities!

I mean, just look how big that list is! And it's not even whole!

Other races would be locked behind respective masteries or story progression. For example, Itzel Leadership mastery would now actually serve some purpose other than daily champion.

Tengu are currently locked behind a story progression, but what do we know, maybe they'll become core race /shrug

But wait! Corsairs aren't a race! Why are they on the list!

To give more freedom and options for skills, I've decided to include even a simple factions like Corsairs and Olmakhan as separate specializations.

Each race specialization would be concipated almost as elite specialization. That means it would also have traits. To ease balancing all those new skills and traits, the variability of build building with racial skills would be limited. Not only the number of traits is lower, but there is also not much choice in terms of customization. Remember that those skills are there to just be there and bring them on special occasions, they definitively shouldn't replace elite specializations. 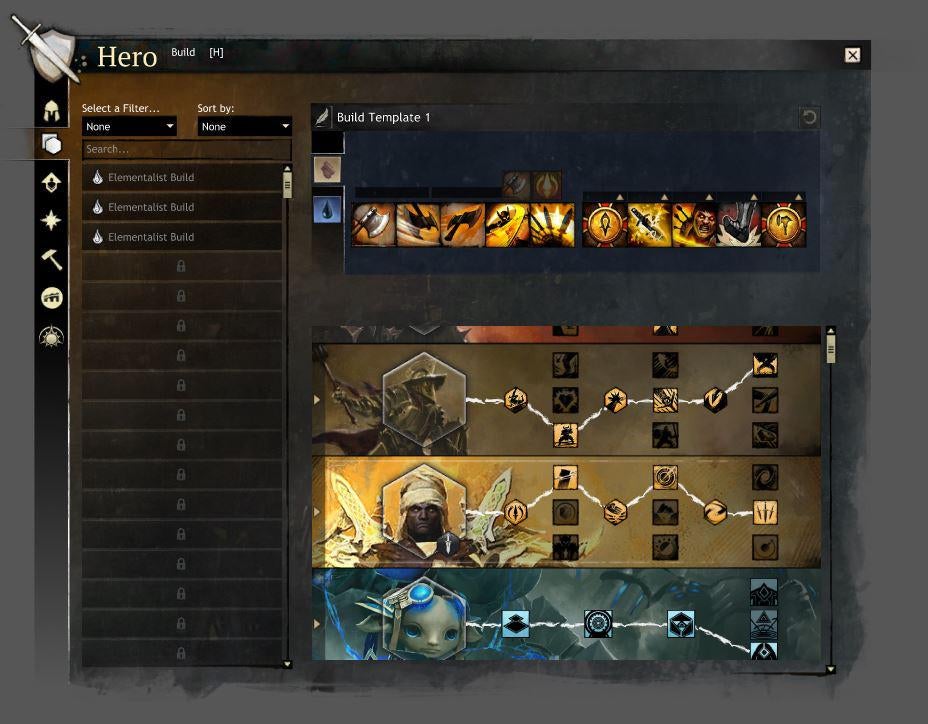 Because players have tonnes of hero points with nothing to spend them on. It also creates a weird situation where whenever new Elite Specialization releases, you can easily train it to maximum with little-to-no effort.

Also, racial skills are intentionally designed to be bad, because Arenanet doesn't want players to choose specific race just to be able to raid/do fractals effectively. And in my humble opinion, the more skills the better. 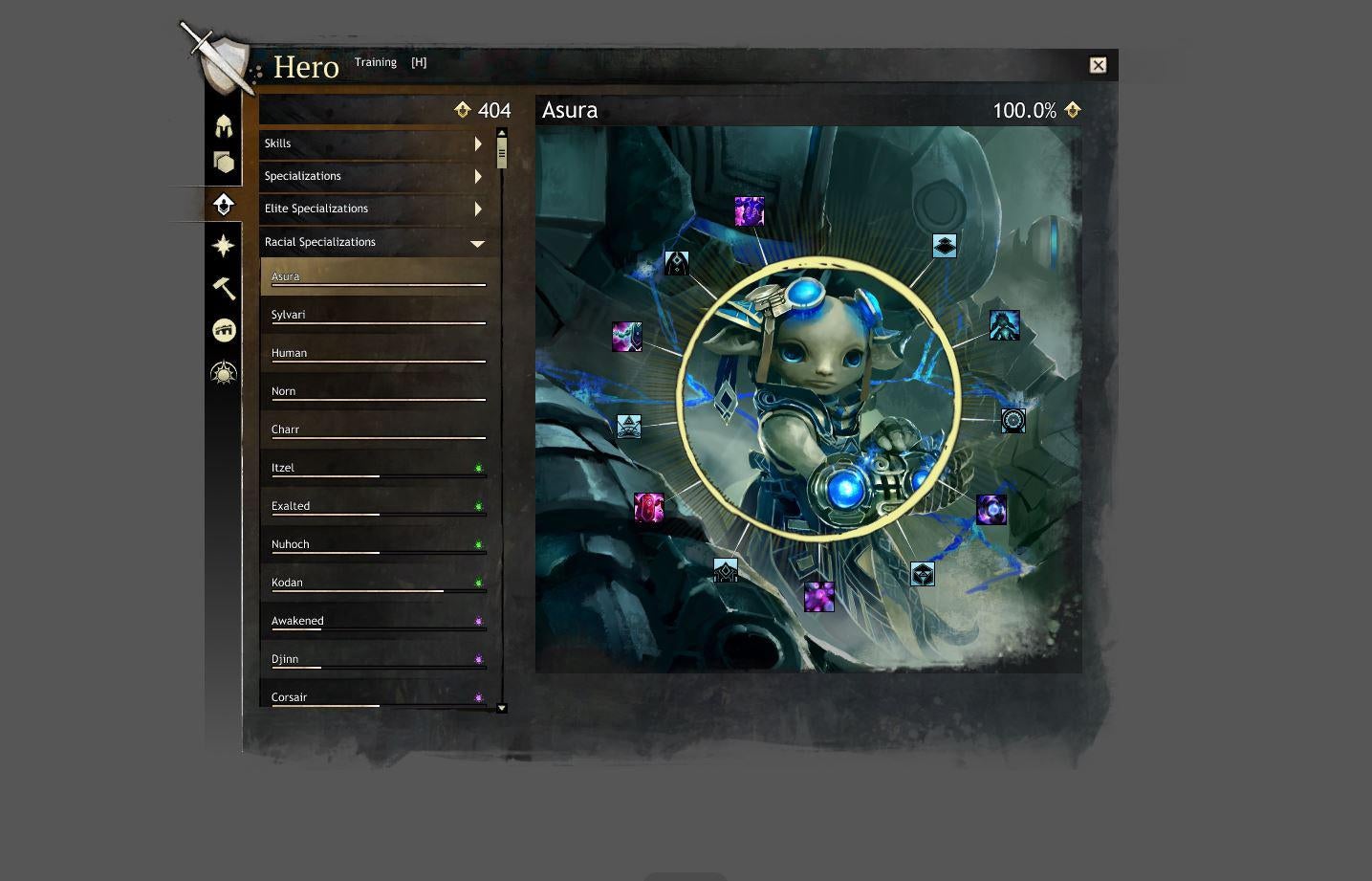 I hope this sparks some interesting discussion. If you've found any typos or you have questions - feel free to comment down bellow!
FOR ANIMATED UI PROTOTYPE, VISIT MIRRORED POST ON REDDIT