The Guild Wars 2 forums are currently read-only until April 29. Click here for details.

Elite Specs you didn't enjoy before, but enjoy now?

Hi! I typed up a massive post on a profession-specific board about an elite spec I was enjoying that I used to loathe. Realized that the only purpose of the thread was to be positive about something. I thought maybe it would be more fun or interesting to see if anyone had similar experiences. The post is also way longer than it needs to be because I just like to type. If you type up a unnecessarily long post too, I will read it if it is relevant to the character/discussion!

For me, it's the Elite Specialization for Thief, Deadeye. I recently have been creating more characters (sudden urge to have all Sylvari classes), and eventually found myself to Thief. I already had two, but I needed another! Since one of the thiefs was a Daredevil (and I enjoy it), I decided to give Deadeye another go to shake things up. Wasn't really planning to play this character that much. Just needed a Thief-vari to dress up. Another thing that has changed since my last attempt at Deadeye is how I approach builds. QoL, self-sustain, and engaging gameplay are more important to me than my arcDPS ego.

So! Created the plant, tomed her up, joined an HP Train (and won 35g from the train), and started reading the traits since I'm not that familiar with Thief. Created a build, bought a set of Marauder gear, slapped some runes on, and decided to smack the training golem around a bit to tweak some things. Instantly disappointed in Deadeye when I realized Rifle was about a 12% DPS loss (unbuffed) for my current setup compared to P/P (what I used for the HP train) and had more mobility. I decided I was still going to use Rifle since I found it more fun. I then joined a friend to do some open world content.

It was so much fun! I was making tweaks as we went. Death's Judgement is so satisfying. Really enjoy Three Round Burst compared to Unload. Even kneeling (hated it before) is fun with the trait Silent Scope! My weapon swap is Dagger/Dagger even though I've been reading poor things about D/D. I really enjoy Malicious Backstab. More so than other high-damage single-target abilities other classes have. The self-sustain from Invigorating Precision and Signet of Malice is a lot of fun with 100% crit chance. The "pew pew" feeling of the Rifle can be really fun when mobs are after you so you're trying to weave in your stealth for Death's Judgement and dropping aggro. They can't catch you while you're darting around blasting them to bits. While I'm not a huge fan of the cantrips, Mercy does a lot for speeding up the gameplay with the GM trait Be Quick or Be Killed. It didn't click before and I really disliked the e-spec. I'm also not saying the spec is perfect or anything. I recently discovered what is my current favorite Engineer build (Engi is my most played class), and still I find myself wanting to pew pew things on a Deadeye instead. My change in approach to builds and it being relatively new to me even though I've had past thieves helps.

The only real complaint I have is tiny hills can completely ruin the Rifle. I noticed this a lot while doing WvW. Even the tiny lip on the edge of a wall would sometimes cause my Deadeye's Mark or attack to be obstructed while kneeling. Even if the laser sight animation wasn't clipping anything. Doesn't happen all the time. But, with how initiative works and how important Deadeye's Mark is, the few times it does happen can pretty much completely shut you down.

Have you had any similar changes towards your feelings of an Elite Specialization? Please, share! I'd like to read your experiences. 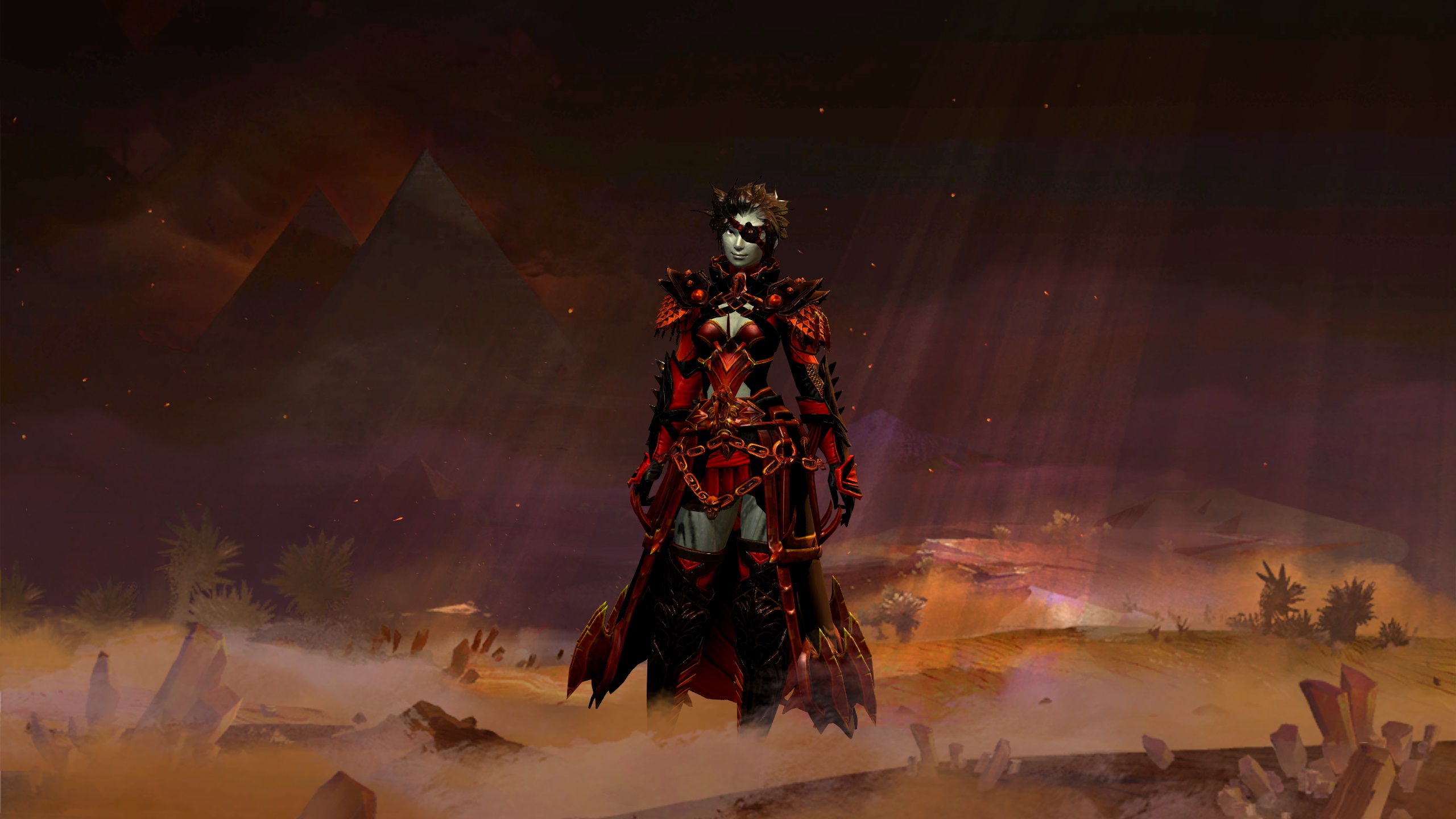