Hmm Hmm, how to start? After taking a look over these housing threads, I got inspired. So here is the idea I found:
Players Housing can't be only adding scribe to home instance, and can't be either a little home you have made for yourself within your guild hall, whereas peoples with a guild have access to decorations, why not players without guild too? So the solution is simple, a new map dedicated to that and with several instances of it (like all our actual PvE, WvW and PvP maps, with a bottom limit to close the map if empty. Accessible through an asuran gate, Instanced. 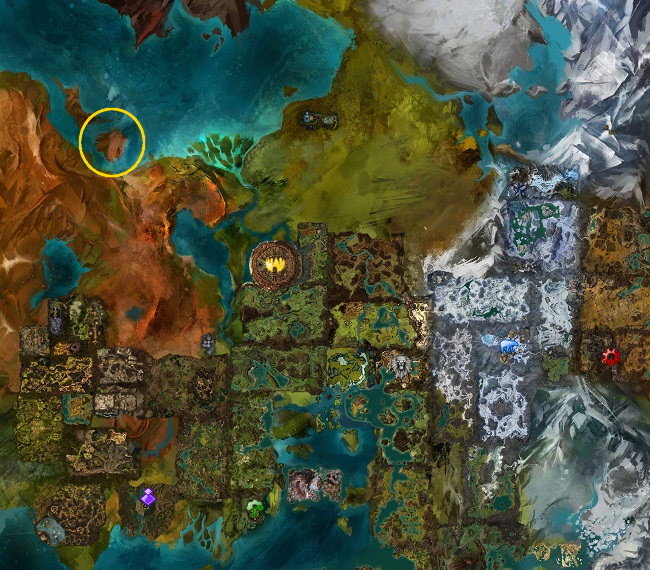 Here is a suggested place for this "Player Housing Island", it is well placed, not far from the coast, far from all the main cities and their crowds. This Island Is quite big, a little smaller than the divinity reach. But you will told me: Okay and then? what's next? 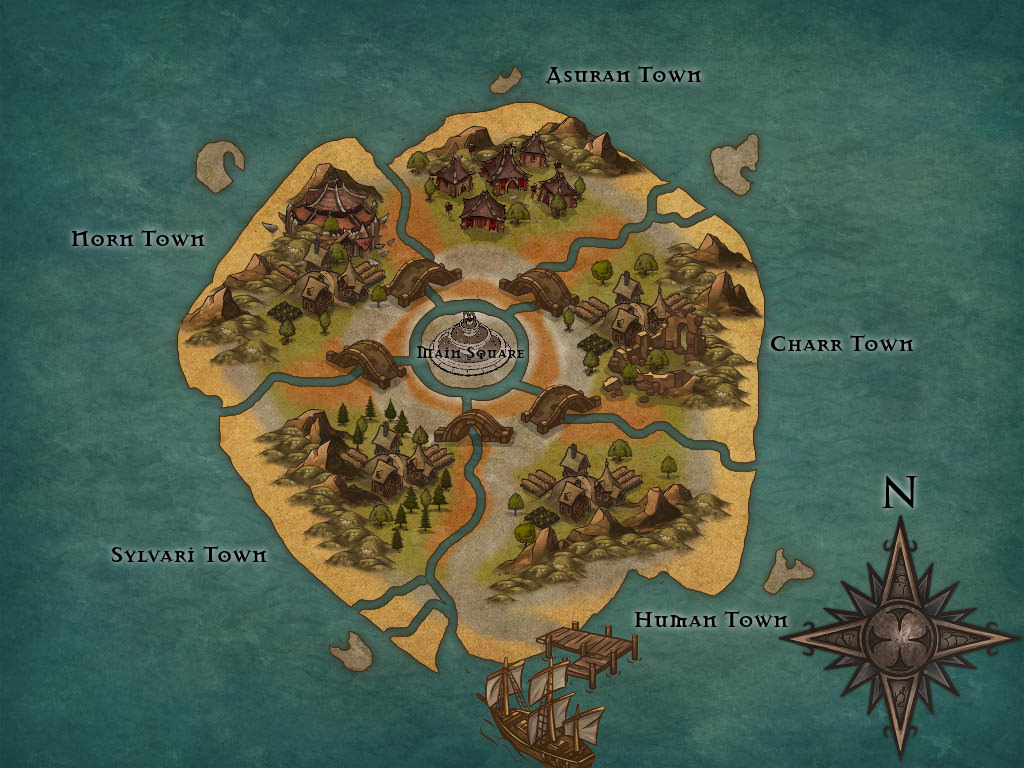 Here is a suggested look for this island, she will be divided into 6 main parts (sub-areas), districts for the different races with each its own architecture of houses, within these sub-areas, a serious number of empty houses that the players can decorate how they wants: Simply go to the house of your choice and interact: After paying a very small price/or for free, you gain access to your plot/personal area that you can fill like how you want.

Also the map would have 3 levels, -Underground -Surface -Sky which are also divided between races.
E.g. for underground Asura: 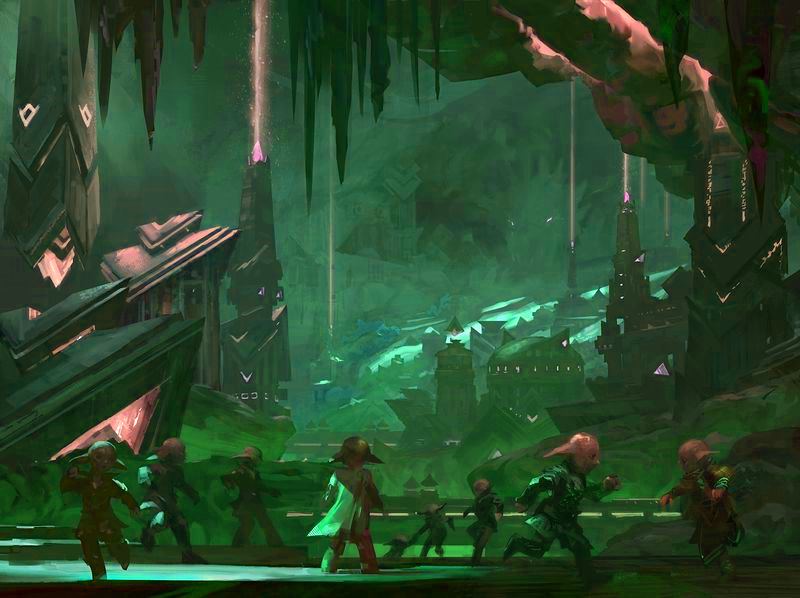 The central Area of the Island, the Main Square would have a giant fountain, a bunch of benches and Several Asuran Gates to others instances of the map (If you are looking for your friend for example), an Access to the underground area (Stairs leading to it too in each surface district), some rivers (optional) to make frontiers between races territories. Indeed, an access to the sky area too. Several services like trading post, merchant, bank, laurels vendor..... So the numbers of building to create on the maps is unknown, it depend of the number of players wanting to do housing. But since we can have WvW maps with several towns, camp and cities, it's surely doable. I'm only asking for around 100 houses per instance of the maps, for the minority or majority of players which are asking like me, a serious housing system. Or more simple, no houses, and when someone bought the area, it makes the house appear to everyone.
What is great, we will measure in the first time the number of players interested, then closing the appropriate number of useless maps. To reduce their number to only 10 instances who knows?

Now about the furniture system himself, I'm thinking about a easier and better version of Scribe: No more craftings, only materials and a specific NPC: Architect/Builder who offer you furniture against a certain number of materials: For a chair/table -> 4 dowel of your desired wood + 3 Planks of your desired wood. (both same wood). More Complex your furniture is, more money he will ask for, from 5 silvers to 5 gold coins per crafting. I really insist on this point, furniture plans and furniture are "free", craftable with in-game gold, all of them, some new furnitures could be discoverd through exploration, jumping puzzles and so on...

Also special furniture like storage: Each give you 20 slots of storage, and can be placed however you want in your home. Garden: To plant various cool flowers used for crafting, cooking and as decorations: Craftable flowers pot. But also vegetables... Cheap seeds like one packet for 50 silvers. Many plants from the game, only 15 holes for seeds. Farmable once a day per account.

Surely we can't make the most fabulous housing like in Wildstar (best housing in 2017), but we can make a more than decent one.
To end this very long post, what about peoples against and not really into it? Why it worth development?
1- The access to underground/sky area could be lock behind gems (600) each so 1200 to have 3 "home" plots.
2- Some house skins could be sold like turning your modest villager house into a little mansion/villa (A size upgrade like in Animal Crossing 'Hi Nook!')
3- Little extensions like a garden with passifloras would be cheap like for 15 gold, no more nodes at 120 or more.
4- If you want to move your home to another instance to join your friend, you will have to pay like 150 gems.
5- A special Asuran gate with a Fractal type Table to switch between maps instances.
6- Tree levels = 3 possibilities of home, e.g: First surface home: My home, Second Underground Home: An handmade asuran bar, Third Home: Storage of multiple items like a bank.
7- Usefulness: Have some dailies to perform on housing Island like "Daily visits of other homes", "Daily crafting", "Daily visitors in your home", "Daily garden gathering" and other cool achievs rewarding mostly Magics and Karma, and after finished 3 of them, like a normal daily finisher, earning 2 gold coins.
8- Always running everywhere, why not having a rest, on this Paradisaical island with beaches? It could have quests, locations and vistas too?