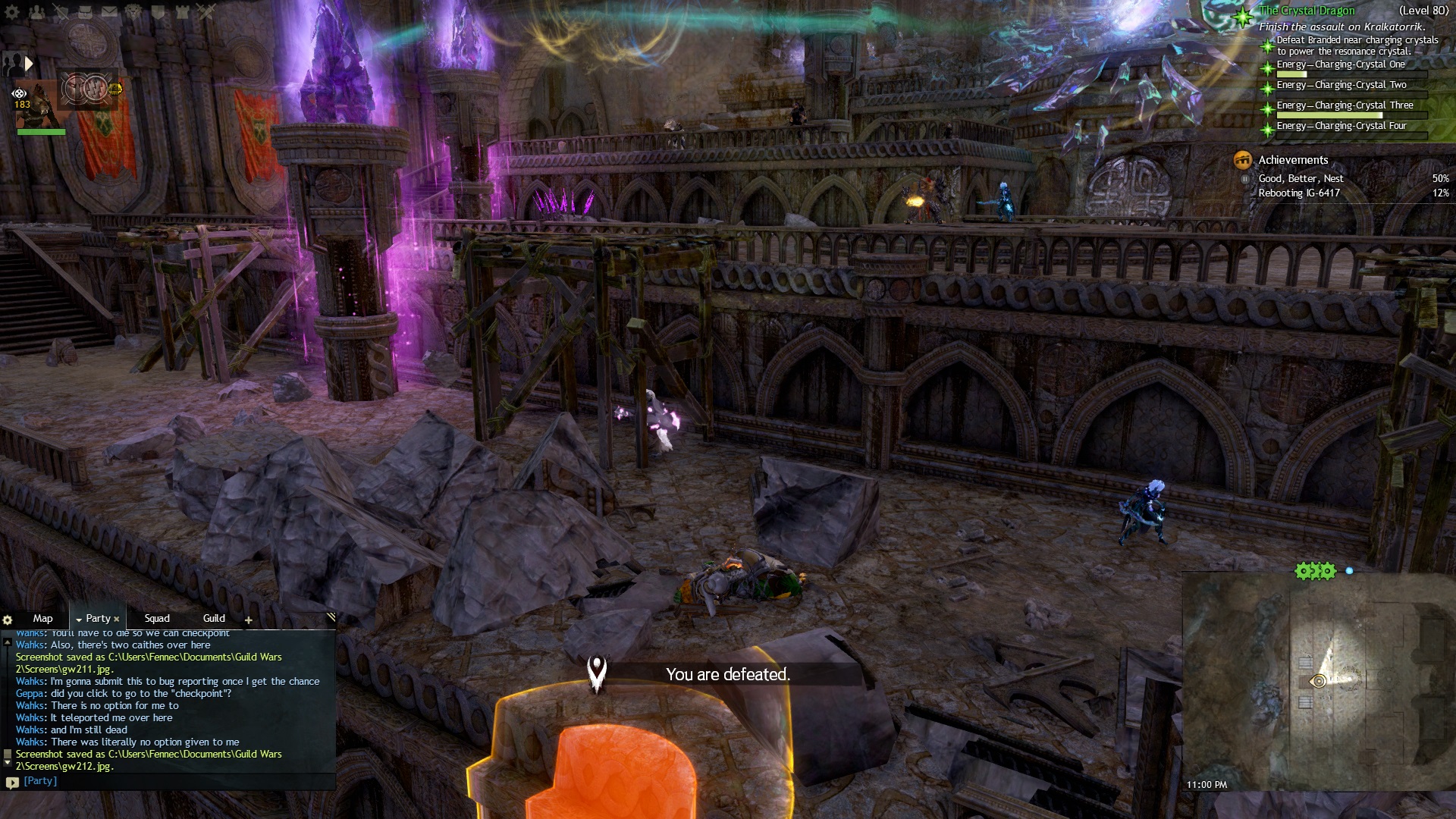 During the third portion of The Crystal Dragon, I was run over by the Dredge Tank, then immediately was spawned into an inaccessible area. I was playing with another player. I was given no option to return to a checkpoint and according to them, my revive marker was underneath one of the dragon's crystals in the hall just after the wall that the Tank breaks down. They were forced to die in order to allow me to return to that area and continue the story.