Hi all.
So I decided to play Guild Wars 2 again after a long time and I've been having horrible performance to the point where it's literally unplayable. I'm one of these 'so-called' 60FPS or no buy players but the game drops to 20FPS and below and that just isn't a pleasant experience.

In the included screenshots I took them with both the ingame grapich menu showing the FPS & also with my RTSS overlay showing the GPU/CPU/Ram, etc usage. What I find odd is that when I actually lower the settings the performance becomes even worse and the game will use less system recourses.
In the Nvidia controll panel I've set to Guild Wars 2 to 'maximum performance' but this has not changed anything and the performance stays poor.

On higher settings I can 'play' but the issue is that the framerate is constantly jumping around like 44 > 23 > 54 > 7 > 34 > 18 > etc, every second it just bounces around. Also whenever I activate a skill or somebody or an enemy uses a flashy attack the frame rate drips below 20 for a split second then ramping back up and down.
It's so bad that it's actually causing me a headache

On my office laptop rocking an i3-5010 2.1Ghz (dualcore) and a little 920M grapich controller & 6Gb system ram and there I can actually play with an average of 50FPS with a few settings even turned to medium and high.

Are there any manual .ini tweaks I can do to actually put this game in a playable state?
All helps is appreciated.

(I build this desktop back in 2015, 6 months ago I upgraded the GPU to an RTX 2070, I've been playing several different games both indie to tipple A eye candy games and I've never had any issues and all games have been running in 60FPS with little to no drops, so I think it's safe to say it's not really my hardware itself but certain settings of the game?) 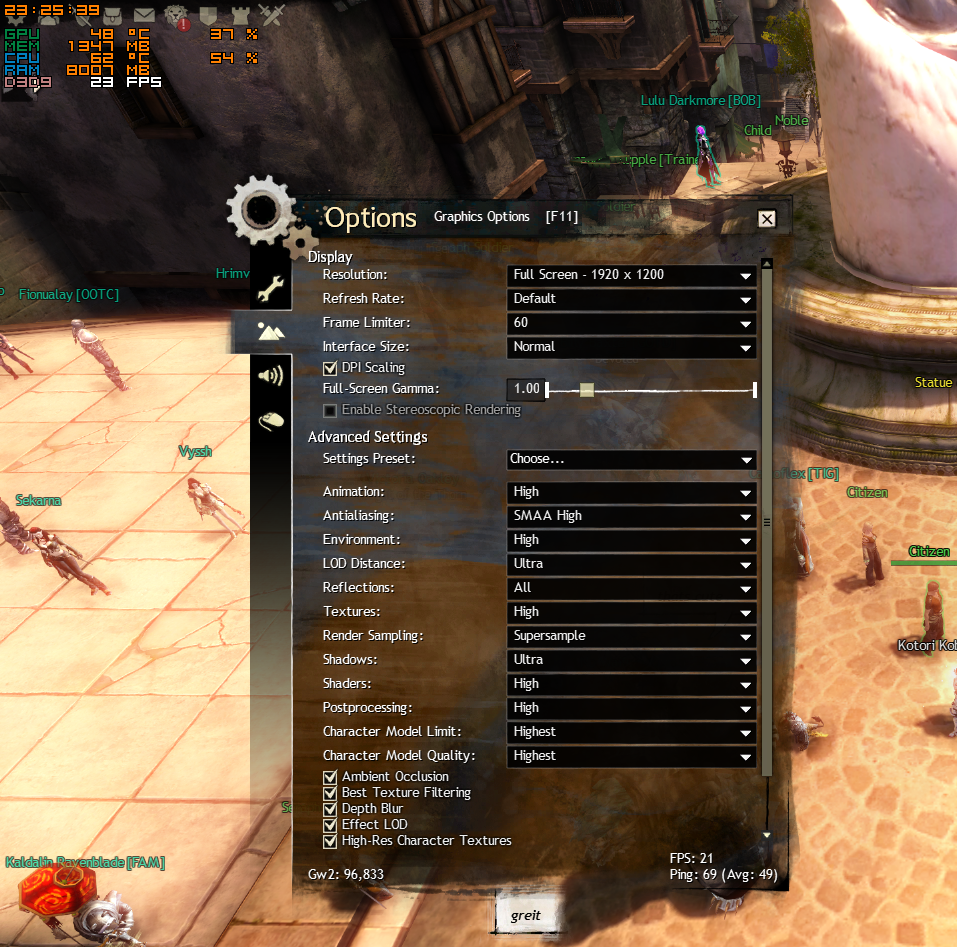 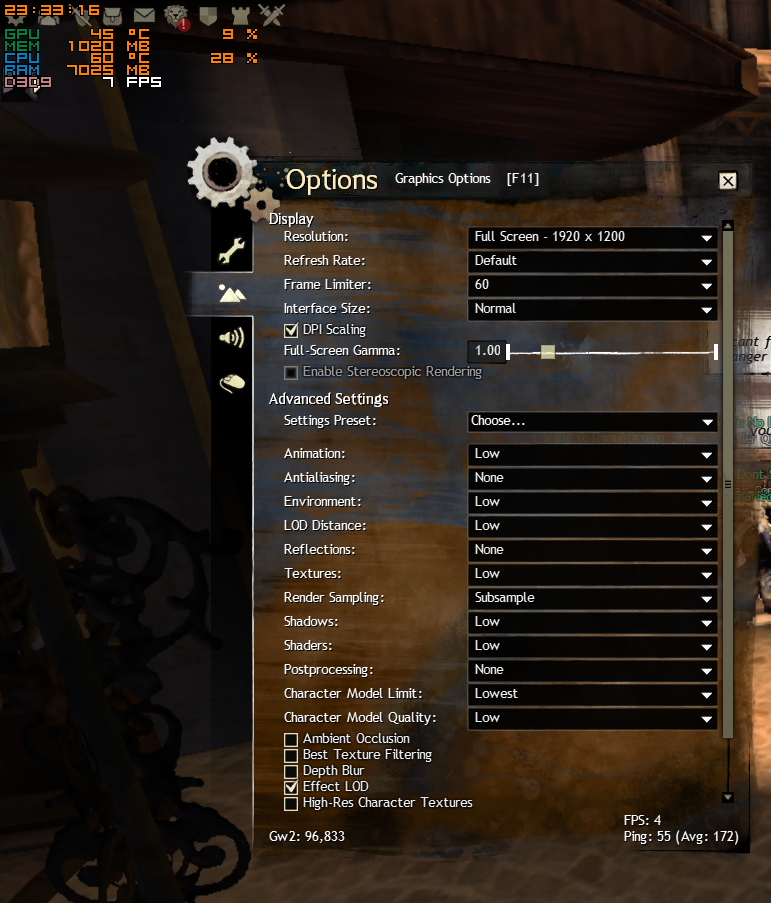