My game crashes at least once a day on brand new computer :(

I got a brand new computer since friday and unfortunately, something is causing the game to crash.

What happens is: one moment I am in game(doesn't matter if the map is empty or full it happened on all occasions) and suddenly the screen goes black and all I see is the arrow of my mouse, and I still hear the music of the game.

When I press the windows key and ctrl+alt+del the gw client shows up as running and I don't get any error messages, none in game and none in the running tasks window. When I ask others about my in-game status I'm told I'm offline. Hence why I use the word crash, but please let me know if there is a different word for this.

I can rule out:
My internet, because more people in my household play the game in the same room as me and they don't get crashes.

My settings in game: 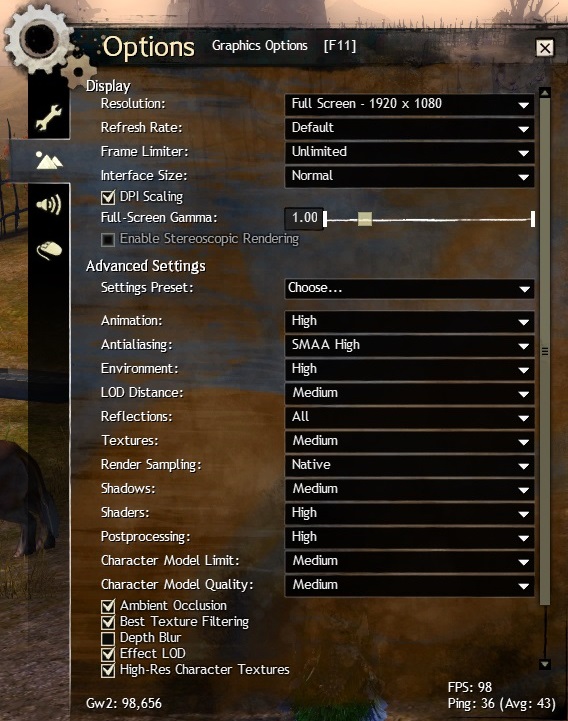