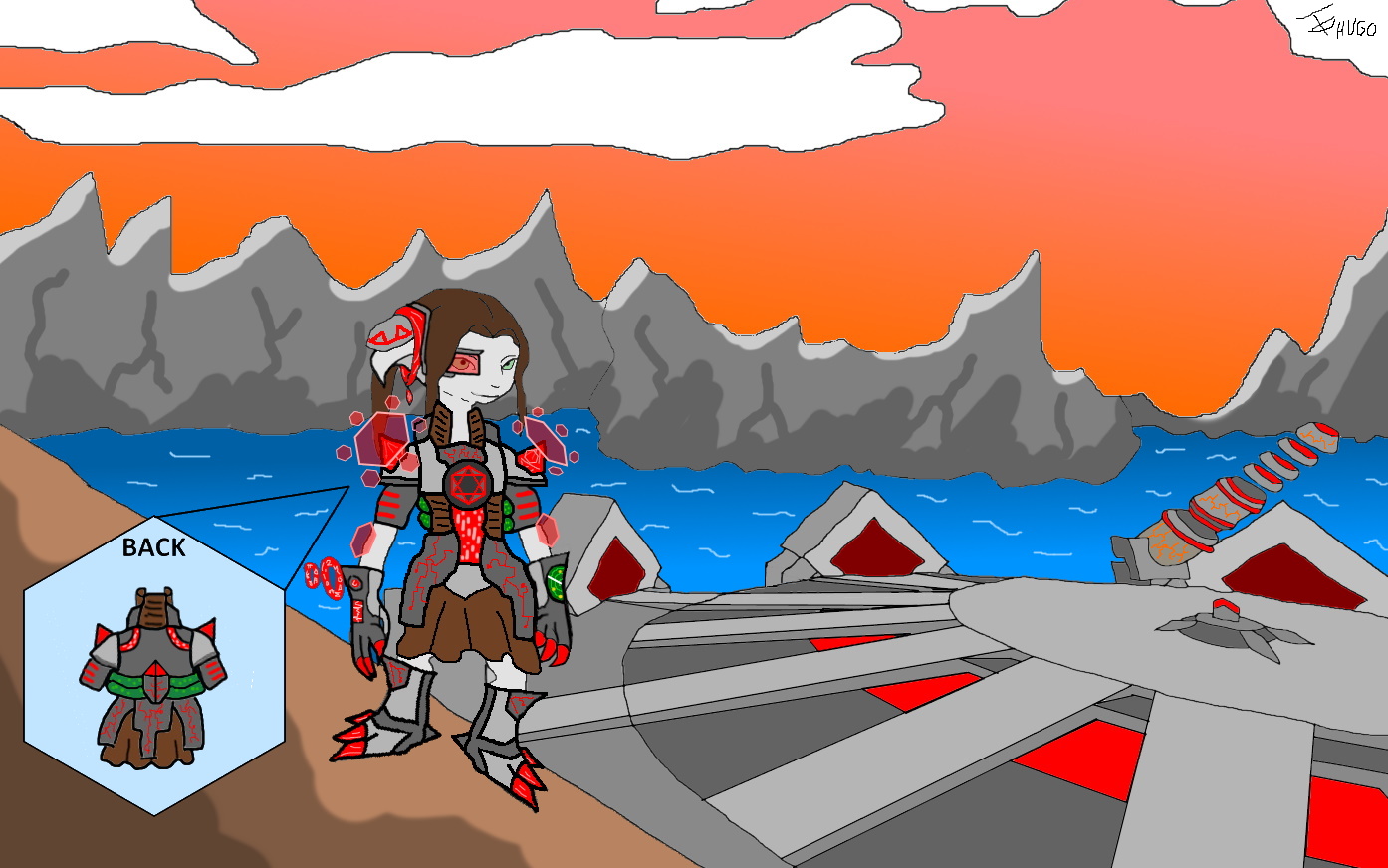 I used to start that drawing sometimes ago and never really finished it until today. It was started during the launch of ls4, did the lines but never had the time to color it.
So here it is. I can draw badly like I can draw correctly if I take the time too. This place is half invented, the background is different but I inspired myself of mount maelstrom.

About the character itself, it's my second main, Ezrielia. I will spare you the story but to do it fast, she is part of order of whispers and the Inquest, a spy.
The armor doesn't exist. But it was what I had in mind at this time thinking how an evil exo-suit armor would look.