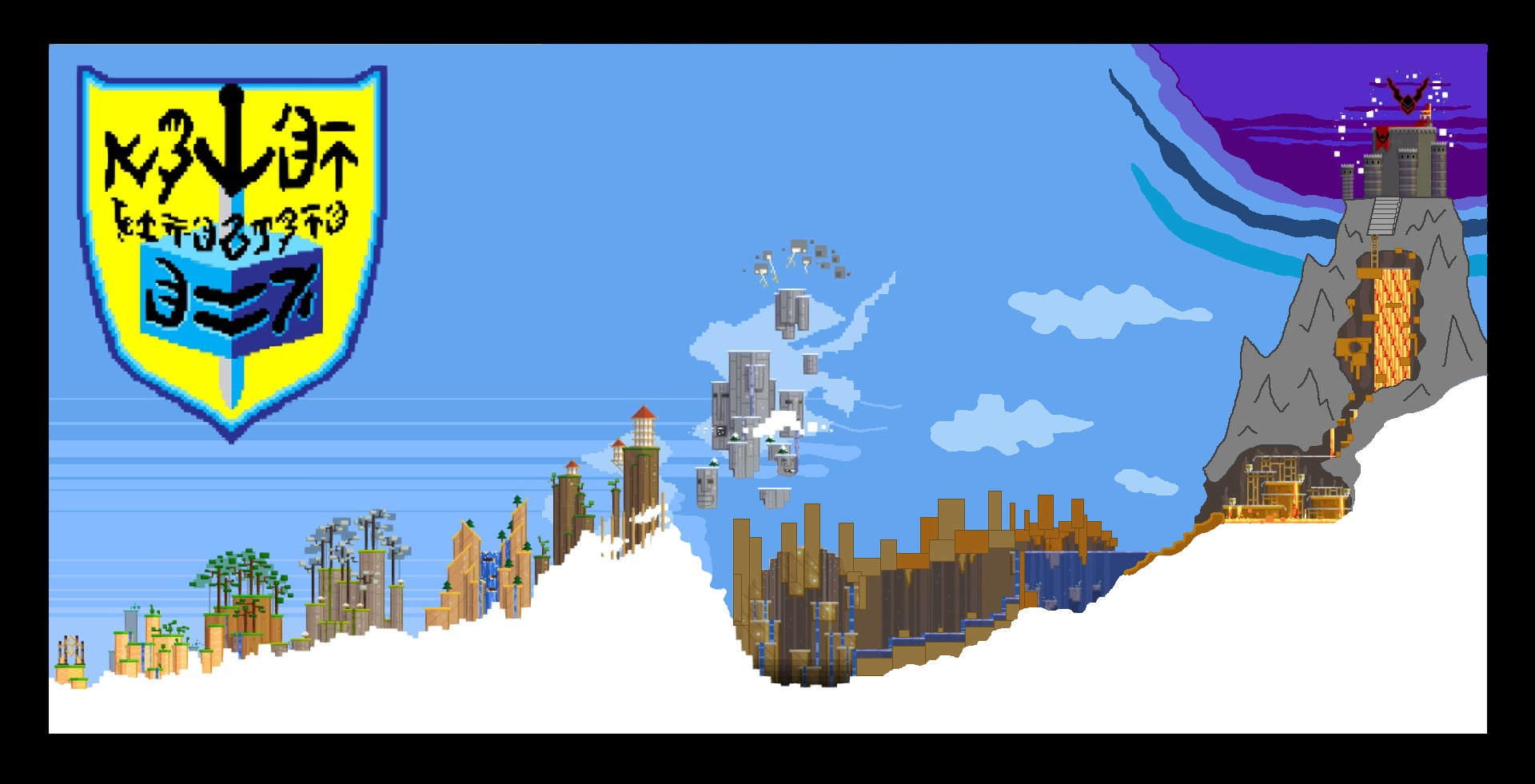 Full map, art completed by me. (quoted from another post)

All the info you need about ALL the world names, ALL possibilities of item upgrades, Bosses and more are here: https://wiki.guildwars2.com/wiki/User:Kvothe go see by yourself if you are interested (spoilers). Here was the previous speculation: https://en-forum.guildwars2.com/discussion/comment/462431#Comment_462431

So, we had some new info since the last year, whereas w3 seems to continue like a Mario inspired world (underwater/underground), w4 seems to be more crash bandicoot 1 like. Think of level like slippery climb, lights out or the lab. We are currently able to access W1, W2 and W3-1. But well again, check the link before.

So, firstly, yeah we know that some hate SAB, no need to say it each time a SAB thread appear: Would you like to never see the end of your favorite TV show? What if you're watching Star Wars and that suddenly, just after that it looks like baddies win, the TV turns off? Yes, you will NEVER see the good ending. Here it's the same, why not saving the princess?
I decided to make this post by advance to allow the devs to think and work about it of course if they want to. I'm not speaking about adding whatever SAB thingies in open world, I'm speaking of adding the two other worlds within that mini-game.

Indeed, 2 worlds are missing, surely amazing worlds, last year, ANET proved to us that THEY ARE ABLE to add new item upgrades (mega bomb and boomerang) but also that they can edit worlds and add assets: the poisonous maze, the cannon, the new little area in world 1 forest, moto dispenser in world 2. The coin race!!!! You are able to add an adventure and coins assets why not a new world? I really think that everything is here to develop them apart TIME. Maybe also persons to work on it? This is pure hypothesis.
I've saw a big increase of productivity within Anet recently: Additions of awesome halloween and wintersday guild hall decos, you also said that you will add several rewards to lunar new year and a ls2 like mission/story, that's awesome.

I can only expect that those festivals upgrade/revamps will apply to SAB. (note you also added the festival cards teleport items). If in the worst case that you don't continue SAB (very sad) I can only implore you to bring back "back to school" features: Access to w3-1 and the genie, access to the code and Moto Lab in Rata Sum.
Everybody surely saw the mysterious bottle and strange glove symbol wood panes in the ninja level. (W2-Z2), so it's not a surprise that is planned to find another glove.
What's the issue? The fact that W3-2 is underwater? I think they are SAB lovers but they are less vocal. Maybe I'm just lucky, but each time I speak in chat about SAB, others simply answers "when world 3 and 4?" so I guess there is an interest, several also bought the SAB chair. (I've bought the infinite coin pack).

I think it's also important to state that SAB was released with ascended equipment so it's not really that SAB wasn't interesting but the fact it was released during a wrong period.
https://wiki.guildwars2.com/wiki/Ascended_equipment: "Weapons were introduced with Super Adventure Box: Back to School (September 3, 2013)" So with World 2.
First world date from April 2013. So after release of Ascended accessories. It's logical that many players preferred to farm/craft Ascended stuffs.

Finally, I will never thanks enough Josh Foreman for SAB and all the others devs who added upgrades and coin races last year. (Thanks to the ones making/releasing gh decos, maybe more sab decos to expect? The stone faces were amazing) and well of course I want to give money to ANET, and I excuse myself if I've only given them some for expansions and few mount skins. Believe me that an expansion, even release of specializations can makes me pay. Can I look toward paying the missing SAB worlds? Surely, I know I would pay them if this is the only way. It has to end. Release of W3-4 and then, no SAB w3-4 posts will ever pop again here. And now that I perfectly know what those areas are, I want to see them even more.
PS: To moderators, if you see that some words/sentences sound like spoilers of non released content (did the best to avoid them) feels free to reedit them.