"The Meta" - Some mAT Numbers For You

In the name of science, here are the finalist and semi-finalist team compositions from the last 6 mATs.

Now some caveats on these: 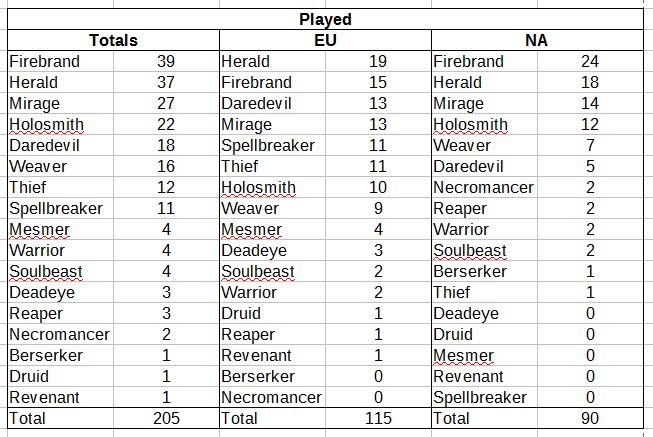 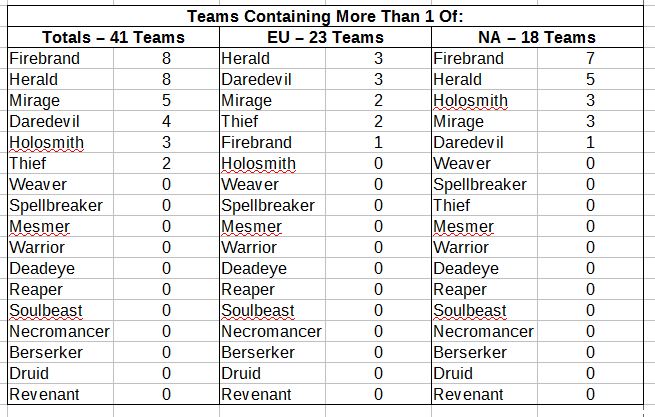 So, some conclusions to draw from this:

It's interesting to me how different EU and NA are, especially how EU is all about Thief/Rev rotate-and-spike comps, while NA is all about spamming FBs, and how Thief/Warrior variants are big on EU but non-existent on NA.

It's certainly a different world from Ranked though. Ranger and Necro variants are a regular feature in my ranked games (P2/3) but just aren't represented here. 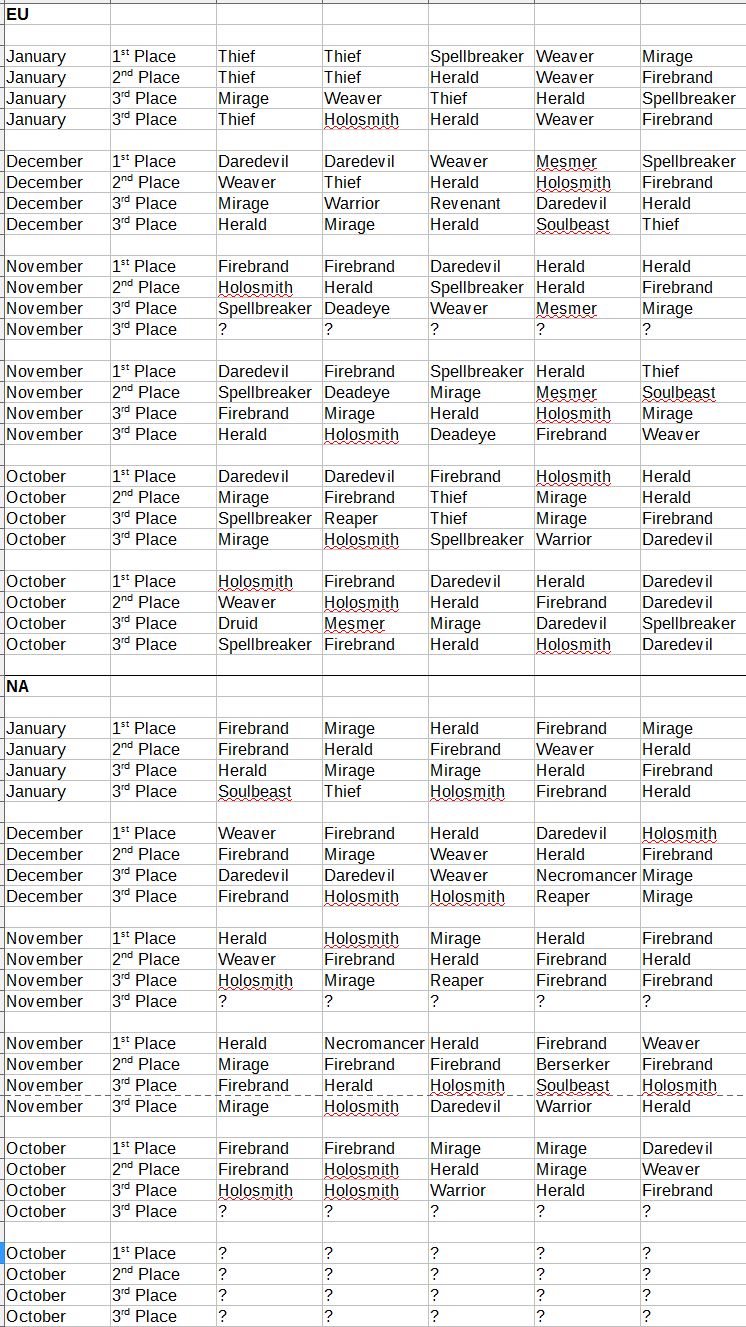