The new raven armor and Asura/Charrs 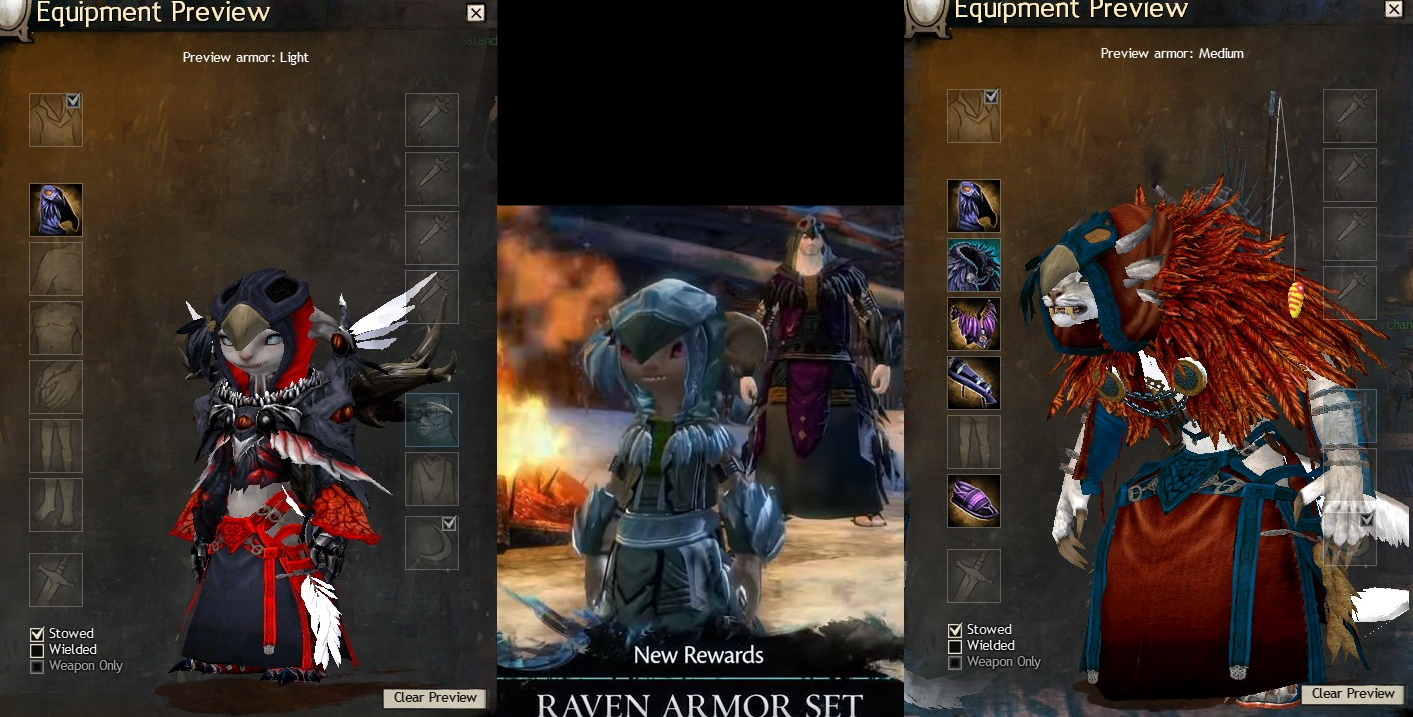 Haven't really noticed that in the trailer, but it's obvious when using in game preview from your bank. Of course, some will say that I'm nitpicking again, but seriously, that's very cheap. The hears/ horns just pass through the hood without any sense, at least make hole for them like dervish outfit. Really look at that screenshot, the trailer asura is like "please kill me" and mine is "hehe a joke right? Remove it!" it's very sad and disappointing for a helmet that is currently sitting around 1000g on the TP. In addition it looks ugly with that bird skull like thing on the hood. A thing I haven't noticed thanks to the very far plan during trailer and the well used dyes. For charrs, well as you see, the ears and horns, it's just weird to not have a hole for them.

That's it. Through because, not everything is negative, I like the fact that my female asura has a different leggings armor than male so thanks. The boots and chest are nice to go to the beach/ for underwear. Bracers are meh but I guess okay for civilian clothes.
So yeh the main complain is about the hood.