purity of purpose is op 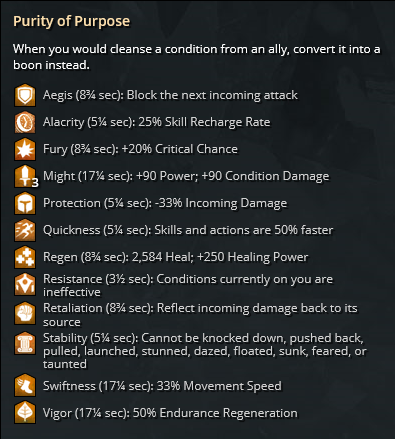 base durations are high in wvw. this is what it looks like with full minstrel. ridiculous.