I've been wondering if other people saw the hallucinations around Bjora's marches. They seem to happen at random and are clientside (meaning you are the only one who can see them), but tend to favor certain places over another.

I tried to get screenshots, but I keep missing them. By the time I realized what I was looking at, they were gone. The only screenshot I have is of the Dark Giant marching through Abberant Forest (I've seen this particular one multiple times, might be less of the rare ones). The other ones I've seen I've only seen once and I am somewhat uncertain if I actually saw them at all. 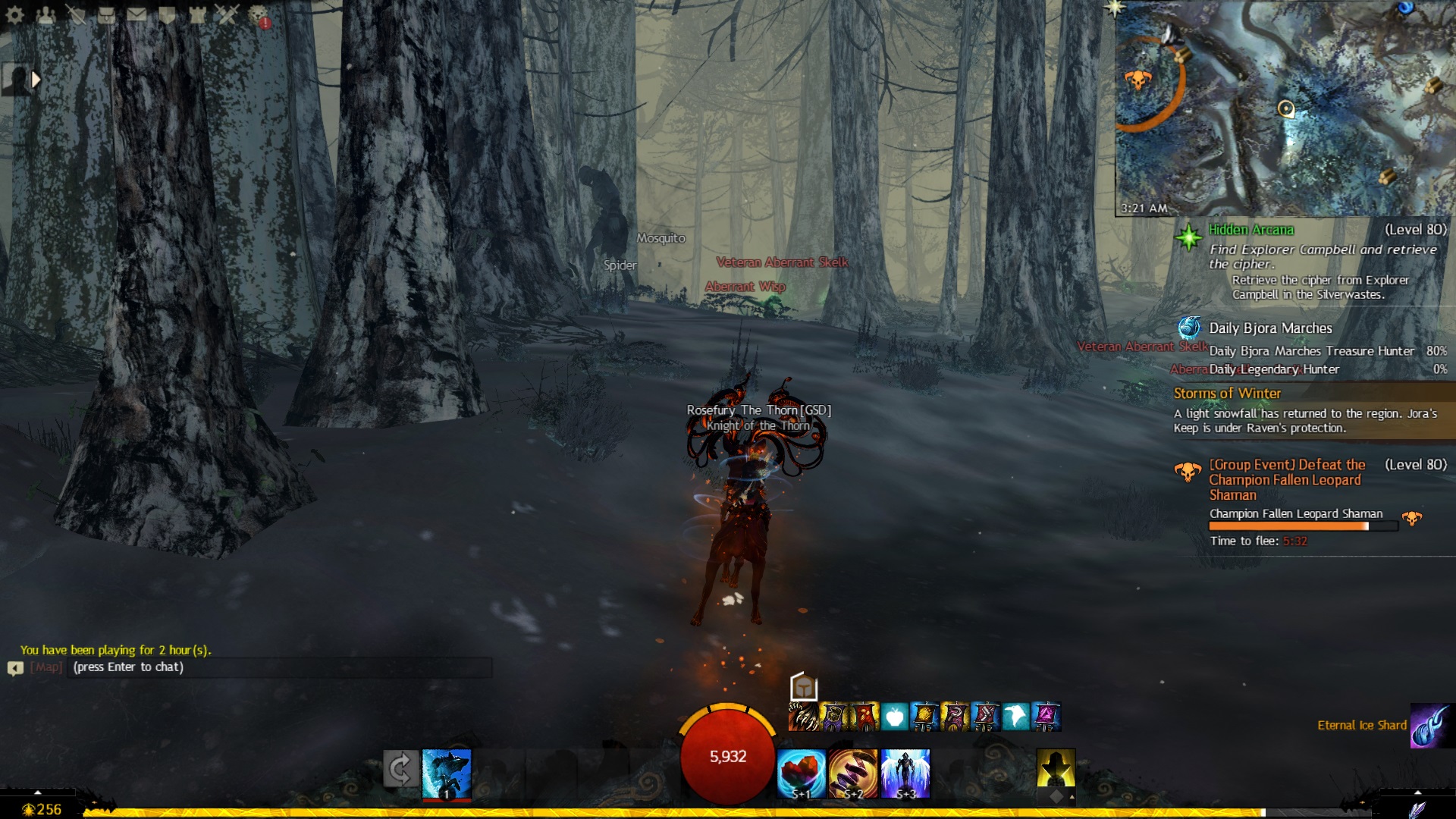 Does anyone else have any other hallucinations they've seen or have screenshots of? I wonder if the hallucinations mean anything or are there just to mess with us.

This list excludes the hallucinations found inside the Raven's Sanctum, as they are triggered to happen once entering the trials.

Who needs the light? Fear not this night.