The Mad Queen's Travel Log (spoilers for Whisper in the Dark)

Day 1 of the Queen's expedition into the Far Shiverpeaks. 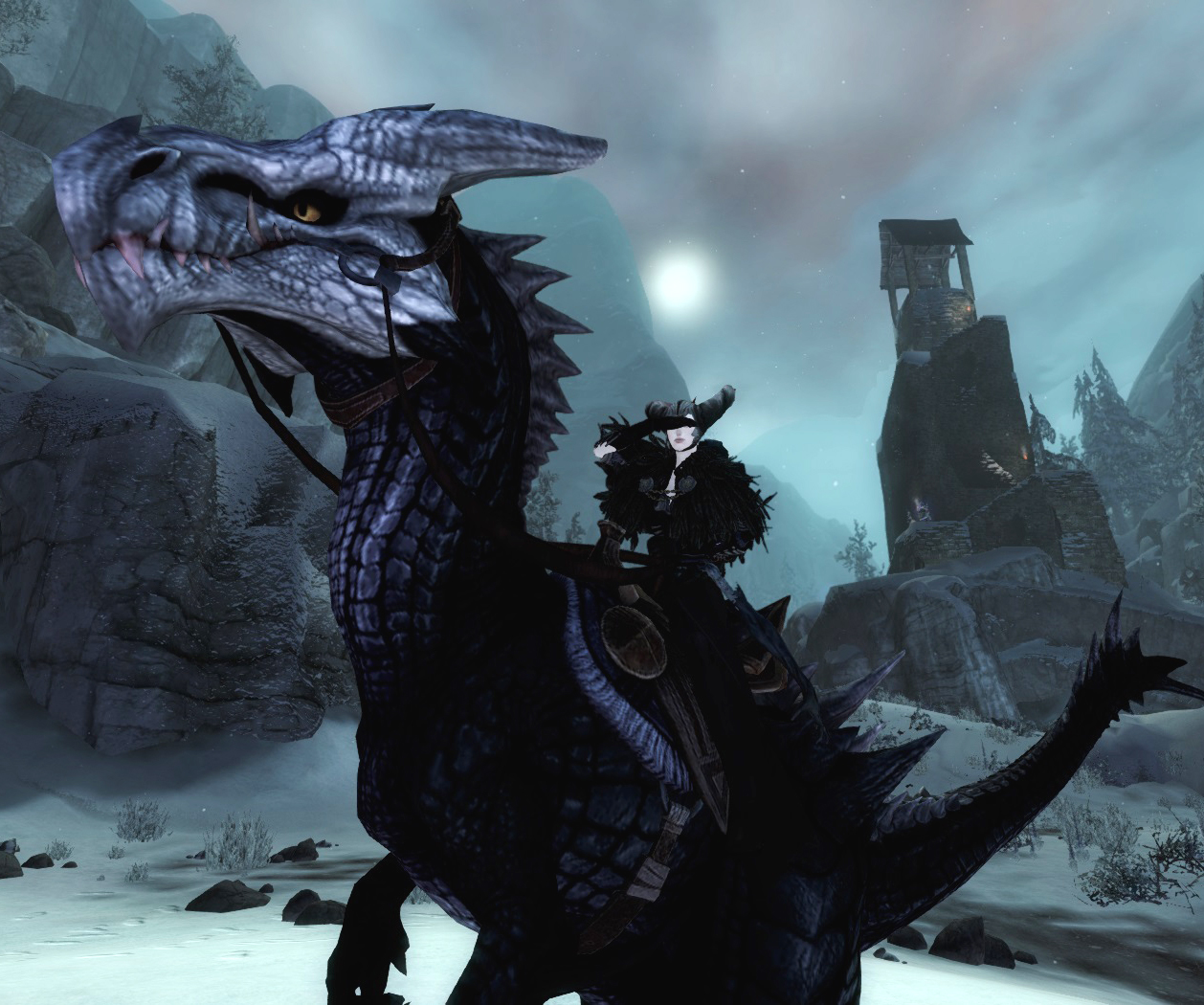 Greetings my fellow necromancers, The Queen hopes this journal reaches you well. As requested by my closest colleagues, I am looking into the matter regarding Jora's Keep. The Bjora Marches are a lot colder than I remember. I've had to change my attire to suit the deathly frost up here in the mountains. I've also had some issues adapting my raptor to the cold. The bitter cold seems to creep in, even through the thickest of dolyak blankets. The Ice Dragon's influence is strongly felt here; in body and in mind. The Vigil Relief Crew arrived today, to take care of the bodies that we found at the keep. But some of the crew are looking a bit twitchy. The cold wind carries with it sinister whispers, that affect the sane and weak of mind. I can hear them too in the back of my head, but they are but a faint echo in a noisy chamber. Still, I worry for their sanity. I have a clear recollection regarding what happened to Jora's brother all those years ago. The whispers from beneath the ice... I have seen first hand what a man can become under the Ice Dragon's influence.

You'll be delighted to know that our close colleague Marjory has arrived as well. To be honest, I believe she is enjoying this investigation a little bit too much. One shudders to think what these voices on the wind could do to the mind of a skilled necromancer. Perhaps she does not realize the severity of the danger we are all in. I almost wish she had brought her mesmer friend with her. It would have been a delight watching her be reduced to a block of ice in that get up she was wearing at the celebration.

Braham is eager to investigate further, but I am cautious after the incident at the celebration. He is unreliable, careless and easy prey for the Ice Dragon; whose name I will not put to parchment. Miya told me to go easy on him, but what do little monk girls know about leadership?

I have started charting the area north west of the keep, but my raptor is a constant bother. I think it may be suffering from candycorn withdrawl, as well as the cold. Why can't it just eat little orphans like a normal raptor? I regret to say that perhaps Rhonwyn was right; I am no good with animals. Speaking of which, I noticed a strong presence of Sons of Svanir up in the mountains. But these are different from the ones that attacked us at Lornar's Pass. These dragon cultists show similar signs of corruption as what happened to Jora's brother all those years ago. Perhaps the dragon's influence has taken hold here, and it is giving them power. Tomorrow I will head further north, but I hear strange tales regarding the woods to the north west. Also, none of our scouts have returned. These are times when I wish I still had Frozenwind at my side. He would know these mountains far better than myself. But I fear the King of the Snowmen may have returned to his winter slumber, so I will make do with the Vigil Crew at my disposal.

I shall keep you all up to date on my progress. Lastly, I really need a name for my raptor. Something that inspires terror in my enemies... and chuckles in my depraved colleagues. I have half a mind to call him 'Ripper', because 'Rippy' makes for a nice nickname. I have also considered 'Rot-tooth', which would be a name befitting a necromancer's mis-trusty mount. I look forward to your suggestions. Safe travels, darlings.