Join us Thursdays 5-8PM PT for the Great Tyrian Adventure!

A storm brews on the horizon and players of old and new join together to venture into the Crystal Desert. To celebrate the launch of Path of Fire, the Gaiscioch Social Gaming Community is pleased to announce the launch of their 4th Season of the Great Tyrian Adventure Public Community Event Series. 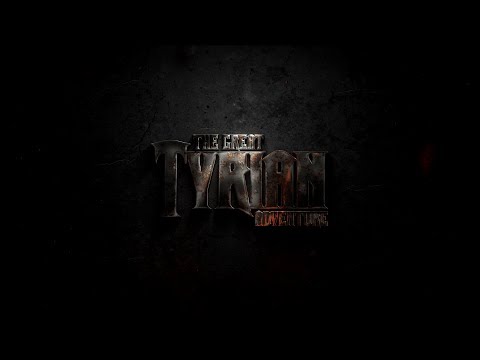 A war ravages the land of Tyria. Once dormant elder dragons wake from their slumber and young adventurers find themselves making the most unlikely of allies. A young dragon named Aurene has joined the fight. An offspring of the famous dragon Glint now fights for Tyria.

Take an exciting tour through Tyria's finest battles and secrets on a Great Tyrian Adventure. Experience the best Tyria has to offer as we lay siege to dragons, solve mysterious riddles, hunt terrifying creatures and hunt for the fallen God Balthazar.

This 2-chapter, 10-week adventure will feature puzzles, hidden secrets and face off with epic creatures. Each week attendees will receive a raffle ticket which they can use on a grand prize raffle of their choice. Additionally they will automatically be entered to win the weekly and chapter raffles.

Players can participate or watch this event as it will be broadcast on Twitch.tv and YouTube Gaming. Participants are encouraged to join the Gaiscioch Discord server for instructions, coordination and socialization.

Thursday, October 19th, 2017 at 5:00PM PDT
Part: 1: The First Strike
In an attempt to rally troops to the upcoming war the Heroes of Tyria amass an assault on the titans besieging their homelands.

Thursday, October 26th, 2017 at 5:00PM PDT
Part: 2: In the Shadow of Dragons
The Heroes of Tyria face off with mighty dragons in this week's event as they set their sights on The Karka Queen, Megadestoryer, Tequatl, Jormag, and the Shatterer.

Thursday, November 2nd, 2017 at 5:00PM PDT
Part: 3: Of Secrets Past
With newfound strength, the Heroes of Tyria search for hidden artifacts that will help them on their hunt for Balthazar

Thursday, November 16th, 2017 at 5:00PM PST
Part: 5: Battlefields Most Fierce
This weeks battle takes us to the World vs World battlefield of Sanctum of Rall and their allied server. Engage in 3 hours of vicious WvW action across 4 maps in this massive siege warfare event.

Chapter 2: The Hunt for Balthazar

Thursday, November 30th, 2017 at 5:00PM PST
Part: 1: Excavation to the Crystal Oasis
The Heroes of Tyria arrive in the Crystal Desert to face new foes, hunt bounties, and even take some time to have a little fun on the beach.

Thursday, December 21st, 2017 at 5:00PM PST
Part: 4: Surviving The Desolation
The harsh environment of the Desolation proves a formidable foe to the Heroes of Tyria. Their search continues in this treacherous environment.

Thursday, December 28th, 2017 at 5:00PM PST
Part: 5: The Last Stand of Vabbi
At the end of the road, the Heroes of Tyria seek legendary redemption against the fallen god Balthazar.

Throughout the series we will be awarding weekly raffles as well as chapter raffles for participants. Participants can either tune in live on Twitch or YouTube or join us in game to participate. A 6 digit code will be given out during each event which can be used at https://www.GreatTyrianAdventure.com/ during the event to enter the weekly raffle. Participants will also earn 1 raffle ticket per event that they participate in which will enable them to enter one of the many Grand Prize raffles including Legendary Weapons. All-in-All Gaiscioch will be giving away over 300 prizes in the course of this 10-Week event.

See the full list of prizes available at: https://www.greattyrianadventure.com/prizes/list.html

Presented by the Gaiscioch Magazine

Gaiscioch Magazine is a free digital quarterly publication highlighting games from a gamer's perspective. It features interviews, previews, guides, reviews, and opinion pieces on a wide arrange of games, movies, music, art, food and life topics. Registered members can be eligible to win raffle prizes and participate in contests.

Hosted by the Gaiscioch Community

The Gaiscioch began in 2001 as a social gaming community focused on making epic memories and lasting friendships. Since their inception they've run massive public community events in Dark Age of Camelot, Warhammer Online, RIFT, and Guild Wars 2. Over the course of 15 years they have launched 5 chapters, a gaming magazine, a full 7-day livestream calendar and multiple athletic teams.

"It's not the loot and accolades you walk away with, it's the memories and friendships that you cherish forever."