I remember the personality system but I don't ever remember it costing karma to persuade a merchant in one direction. As you can see in this screenshot it shows my total karma and gold at the top and then how much to increase each personality attribute. In this case dignity obviously. Anyways, just an interesting left over I found from when it was almost completely removed years ago. Thought I'd share a blast from the past.

PS: Yes it actually took the 164 karma to use that option. 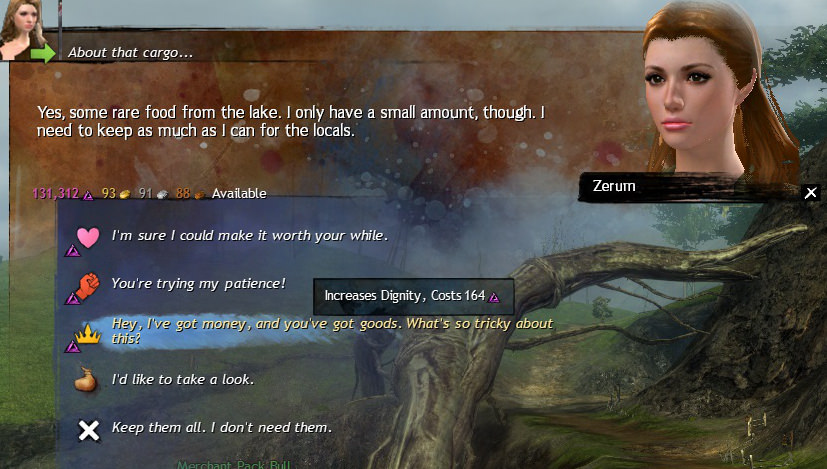 Do a barrel roll