With the rising popularity of Mounts across Tyria; so is the opportunity for new business.
Presented by Captain Evon Gnashblade himself; The Blacklion Grandprix. (This could be presented as a new Yearly Festival or side story.)

Possible Features:
1)new map wich holds all the various racing tracks. (or build like a layered tower; with a racing track on each floor). A crowded stadium like design so the player feels like a real racer.

2)A racing cup for each seperate Mount type. These need to be completed succesfully before access to the Championship grand cup.

3)Race against a host of famous Mount drivers (npc's) that originate from all sorts of places; Inquest, Durman priory, Kodan etc.

4)Instanced story: Aside from the grandprix initial succes theres been some disturbances; Evon has asked you to investigate a series of strange sabotages, disappearances.
Disguise yourself as one of the novice Mount racers, climbing up the ladder of succes, getting closer to answers such as; who is the real culprit behind these incidents?, why has Team Darksparx remained unbeaten for so long? Who can you trust? What does Evon get out of this? And what awaits at the end of the Grandprix?

5)Earn fantastic prizes; such as Titles, Mount specific Race attire, upgradable racing helmets, Novelty for you and your mount and more.

Below some sketches (not art!) 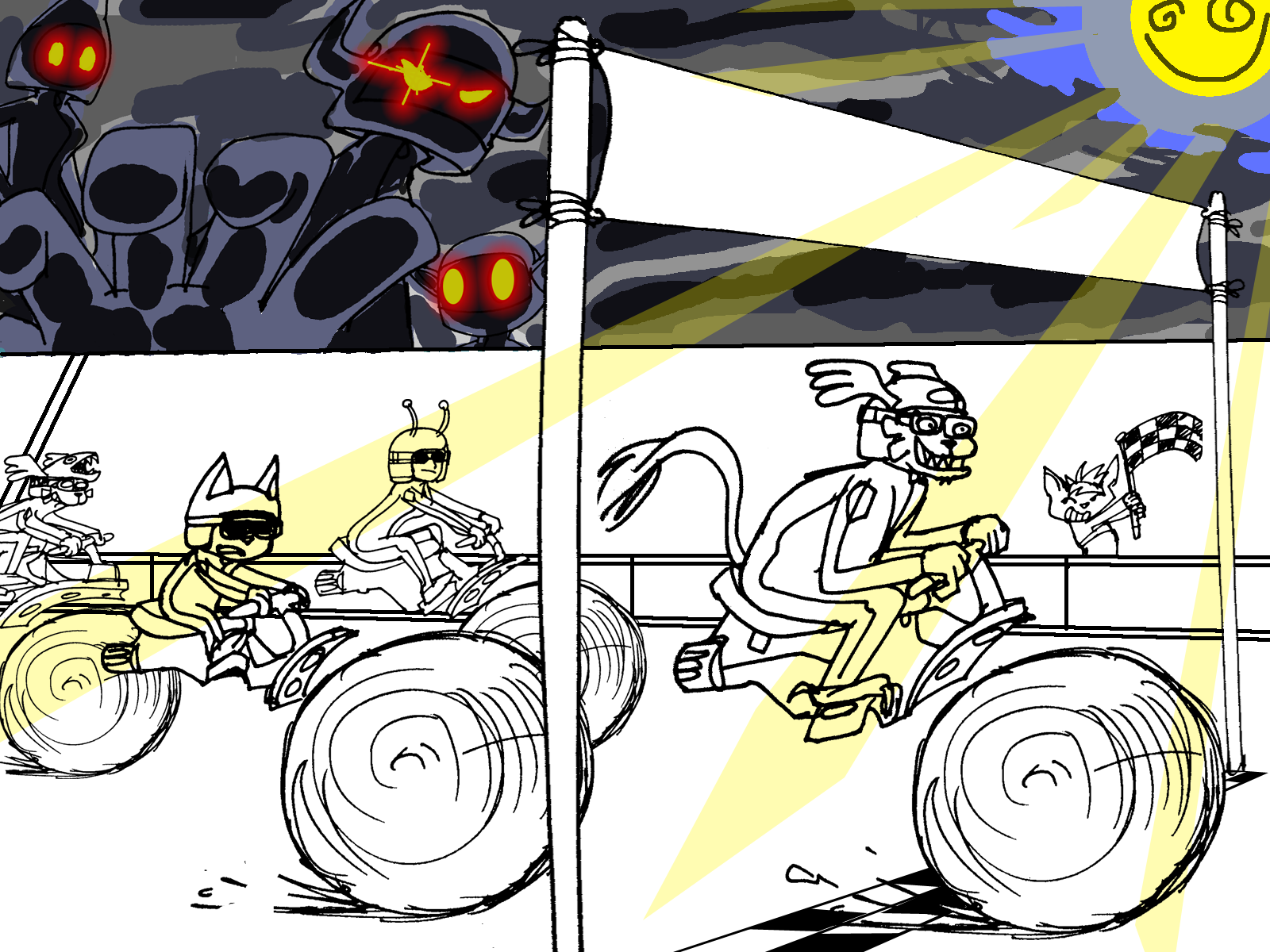 Above: Novice Racers doing the RollerBeetle Cup; unaware of the sinister forces that try to alter the Grandprix's outcome; behind the scenes 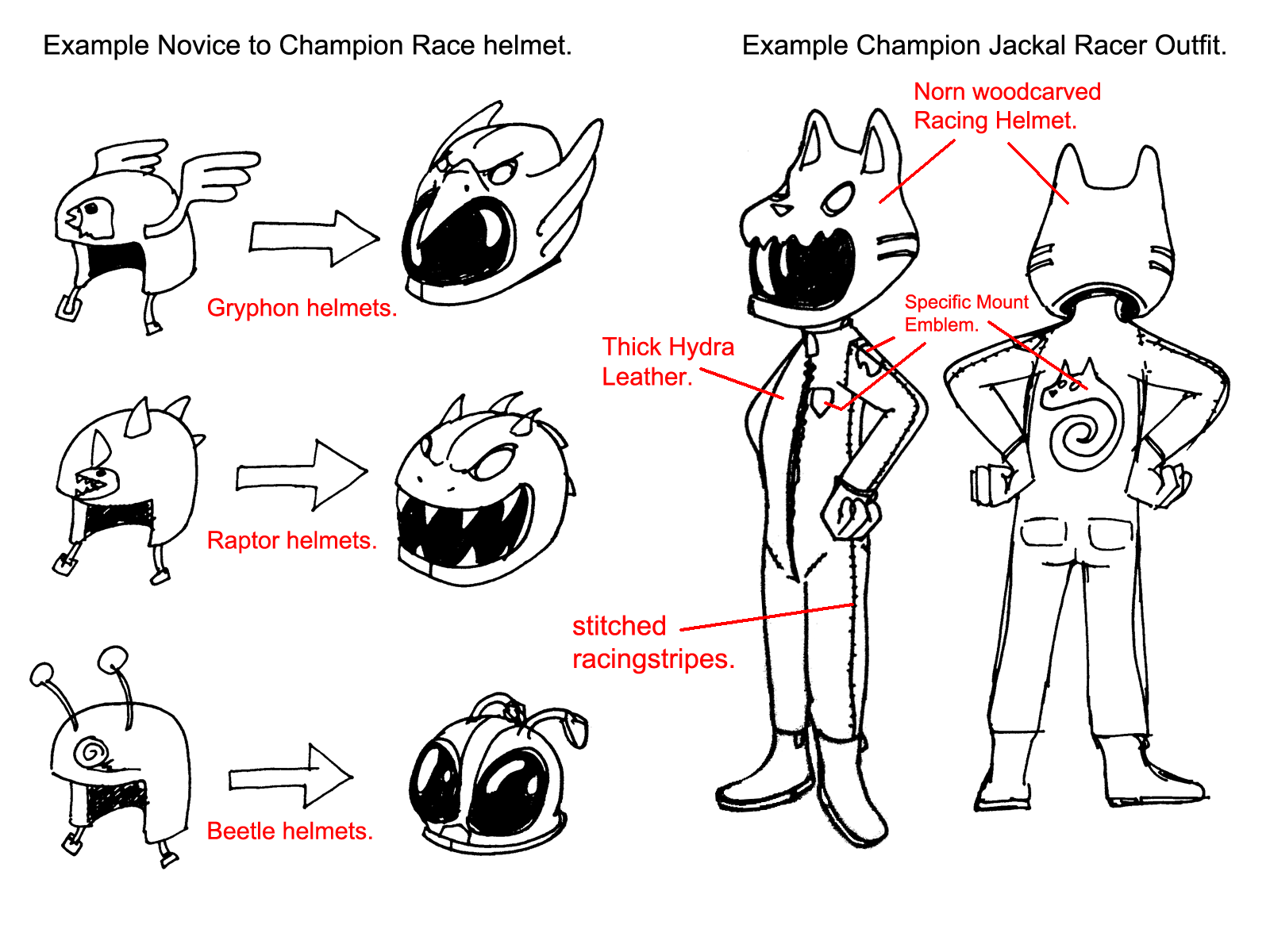 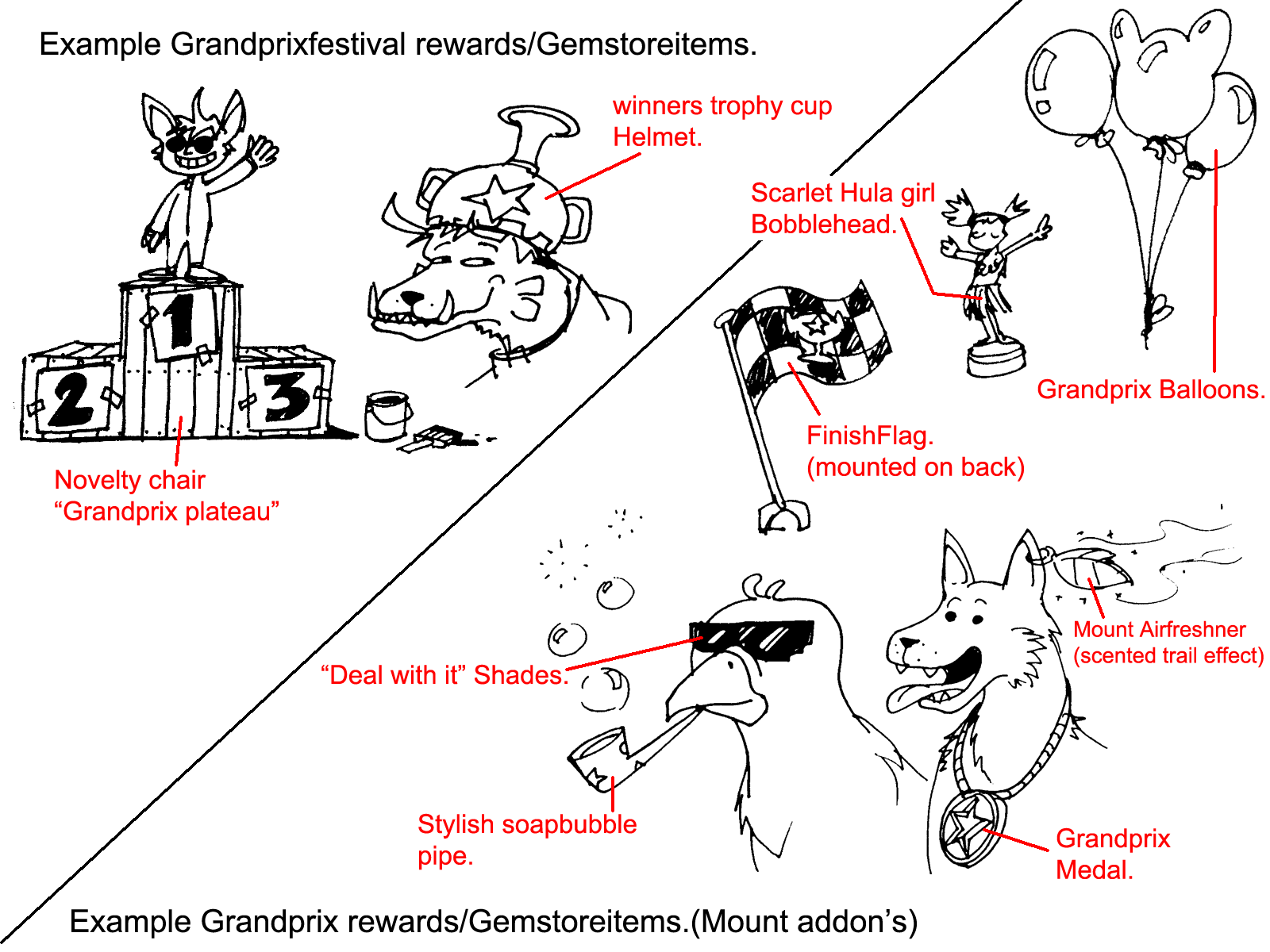 Above: Possible Rewards for completing Achies, or as gemstore items