Not a contest... just for fun!

What clever / funny captions can you think of for this picture?

My working caption: A Vegetarian at Meatoberfest 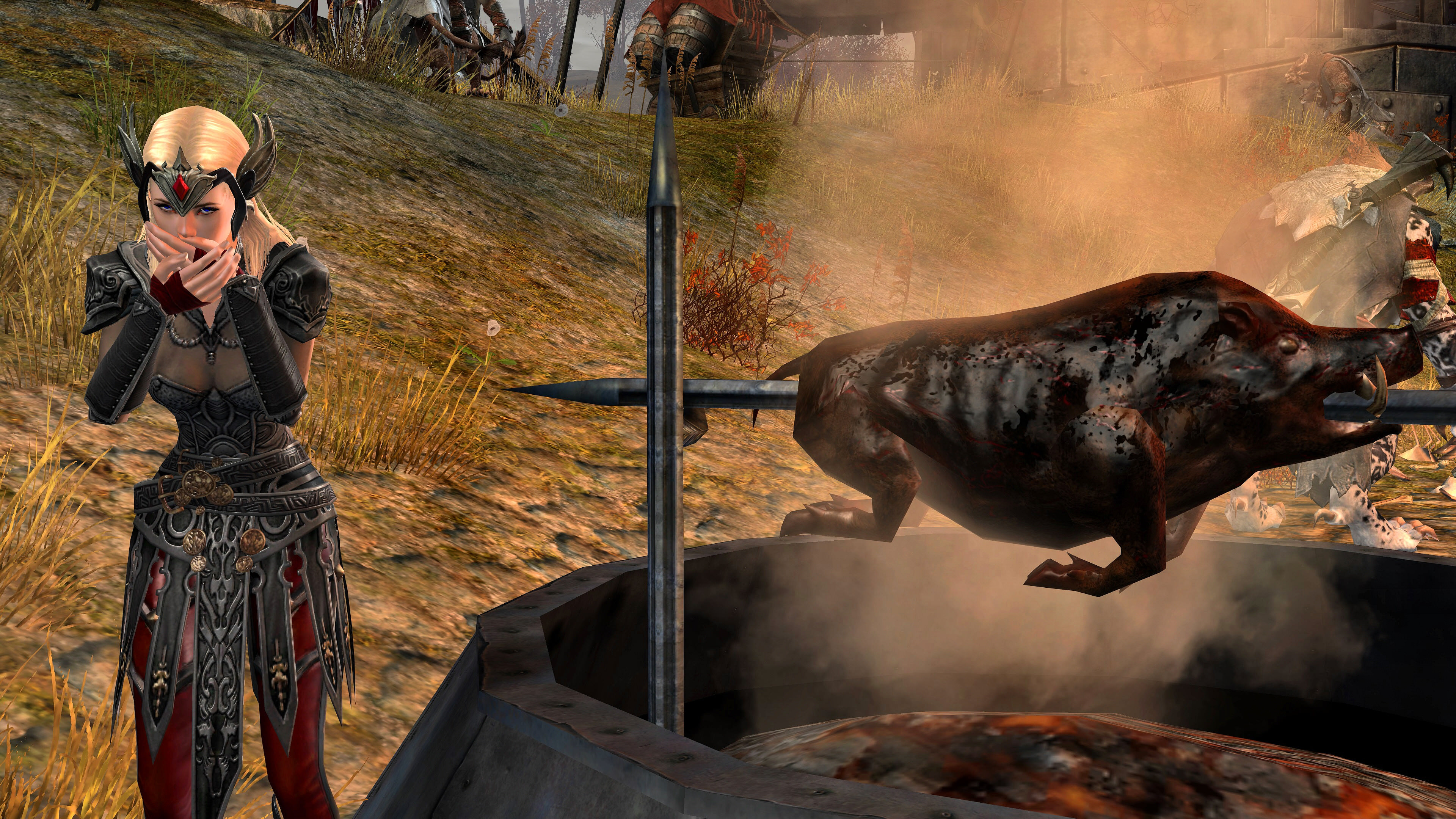