Hello Anet, This is the change we need to sicem.

So it does remove the noob stomper effect while retaining its functionality.
Keep in mind ideally the ICD is there to avoid skill spamming, but AoEs (like a trap or barrage) should count as one hit and as such all targets should have applied the vulnerability.
Although thats the normal function in the game for most skills, there are some instances where the ranger does not benefit from them. 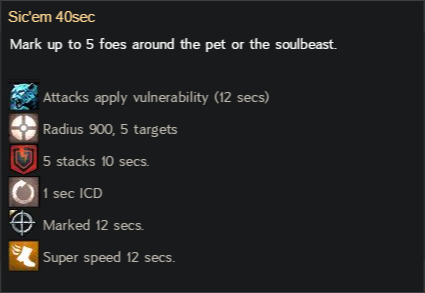 Overhauls of the Ranger to be LOVED by EVERYBODY:
Condition ranger;
Power Ranger;
Support Ranger;
Survival Setup
Beastmastery and Pets
Druids: The redesign they need