When I left our home in Divinity’s Reach to join the Priory, I knew I would be experiencing all sorts of new things. This year, I have been blessed with an assignment that I always wanted… to hunt down and tame the elusive Peppermint Candy Jackalope!

According to the Norn - who know more than anyone else about these rare Springers - they aren’t difficult to tame... just to reach. They inhabit the highest, coldest mountain peaks, and only come out during the Wintersday season. I’m no climber, so I obtained a Snowfur Springer to help me get there. Their keen sense of smell would be a huge advantage in locating a Jackalope as well. 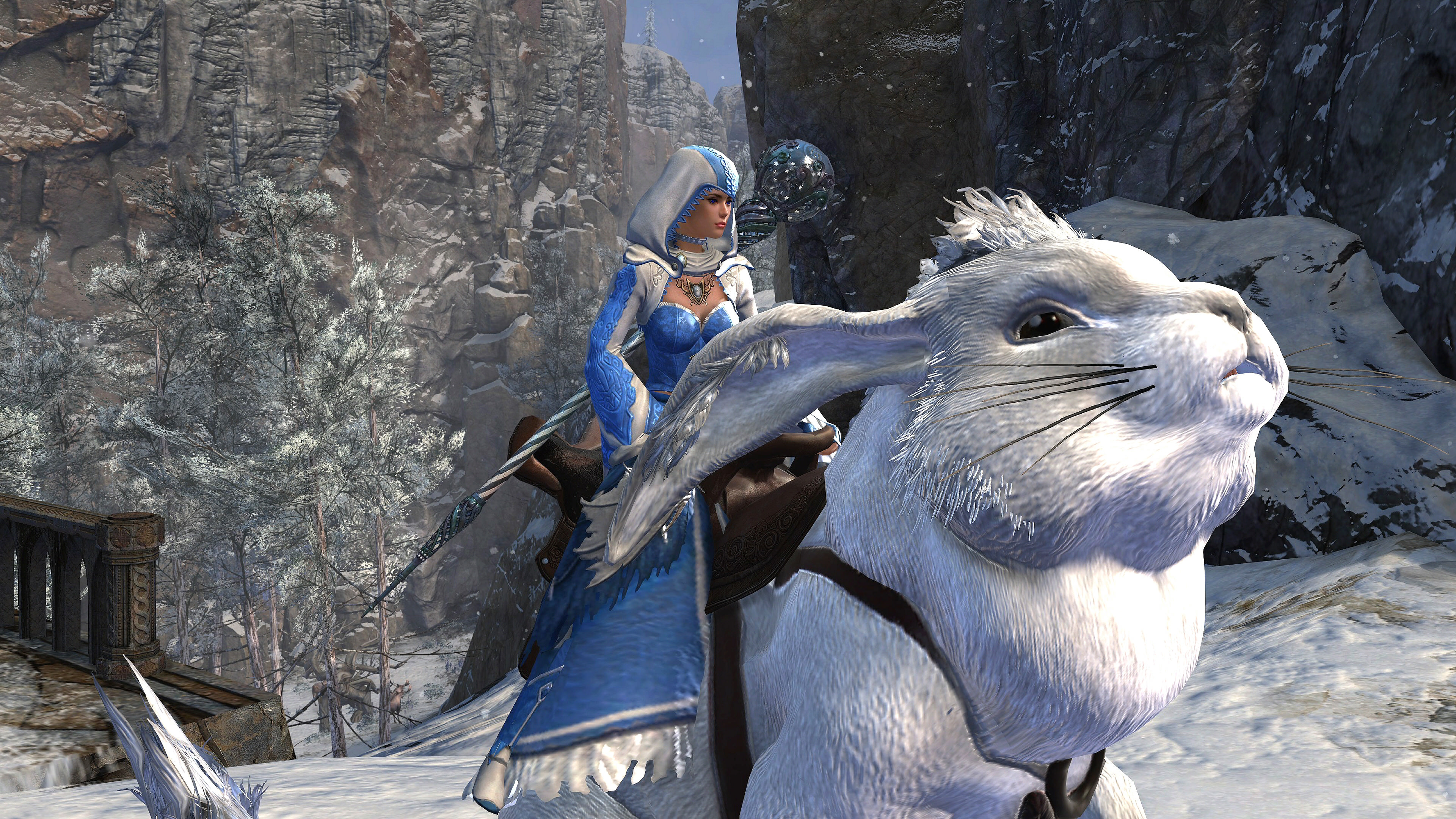 Wolves, though easily avoided by a Springer, nevertheless keep the Peppermint Candy Jackalopes from coming down the mountain on their own. 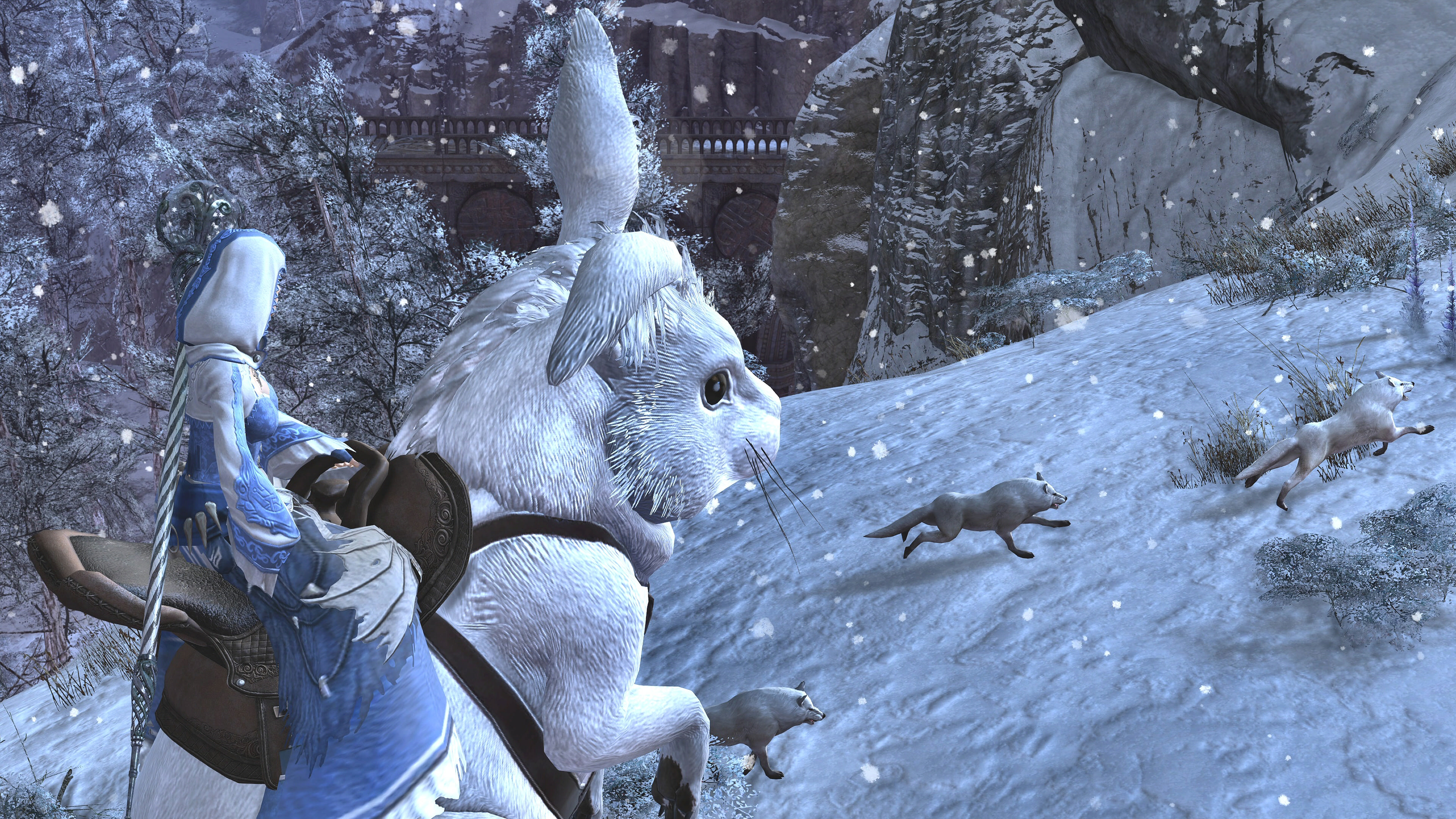 It turns out that mountain peaks are even higher than I imagined. But with the Snowfur Springer, I reached the summit - chilled to the bone - but without incident. 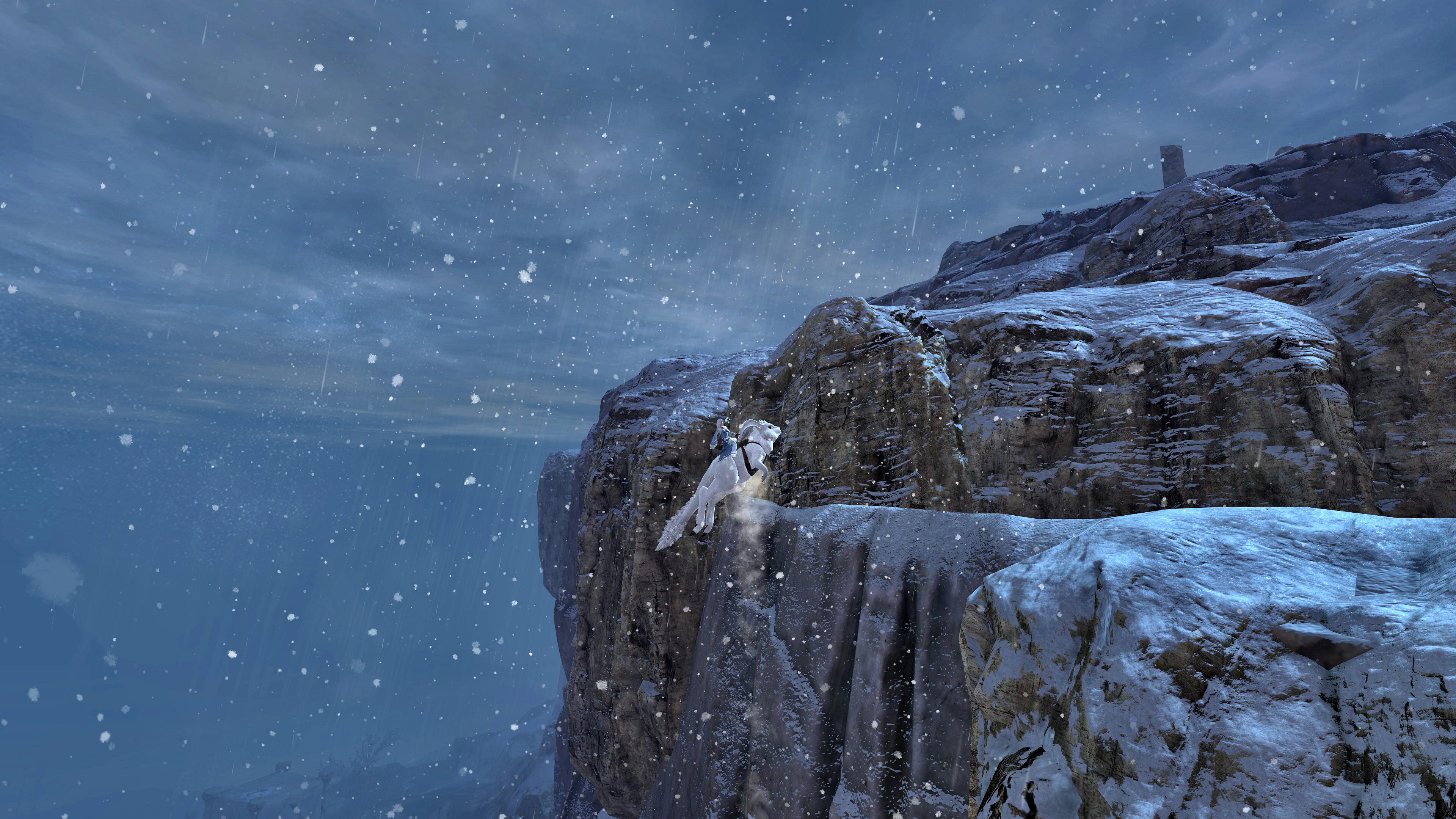 Once I reached their territory, I found a small herd of Peppermint Candy Jackalopes after less than a day of searching. It was a simple matter to approach one offering a handful of sugar cubes (which they can’t resist). Before I knew it, I was able to saddle her and take her down the mountain! 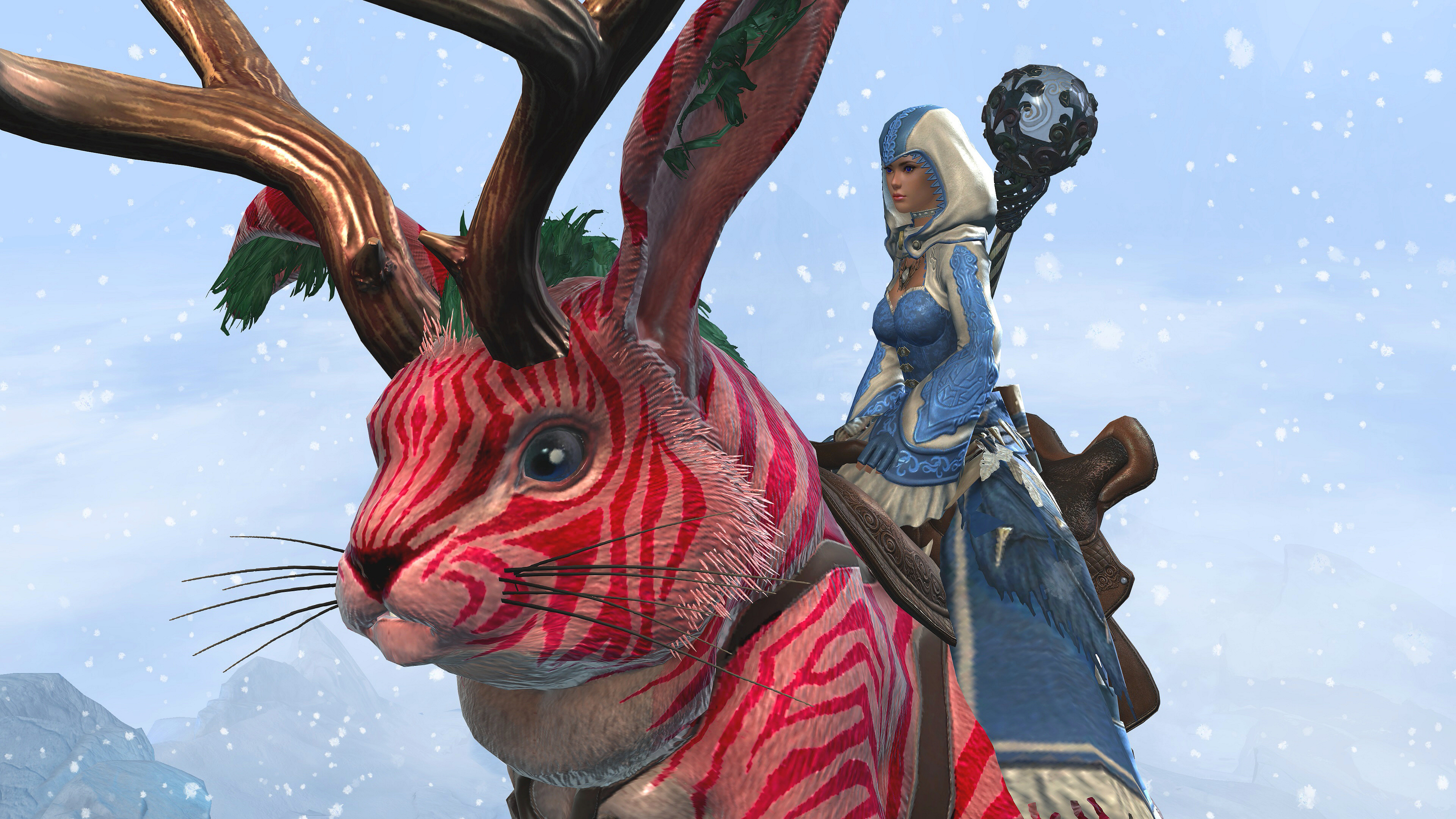 Along the way, I passed what I thought was only a myth. But during the Wintersday season, I guess anything is possible. An Asura - who has to have been one of Tixx’s toymakers - rode by on a SPEARMINT Candy Jackalope! The Priory was going to get one heck of a report when I got back! 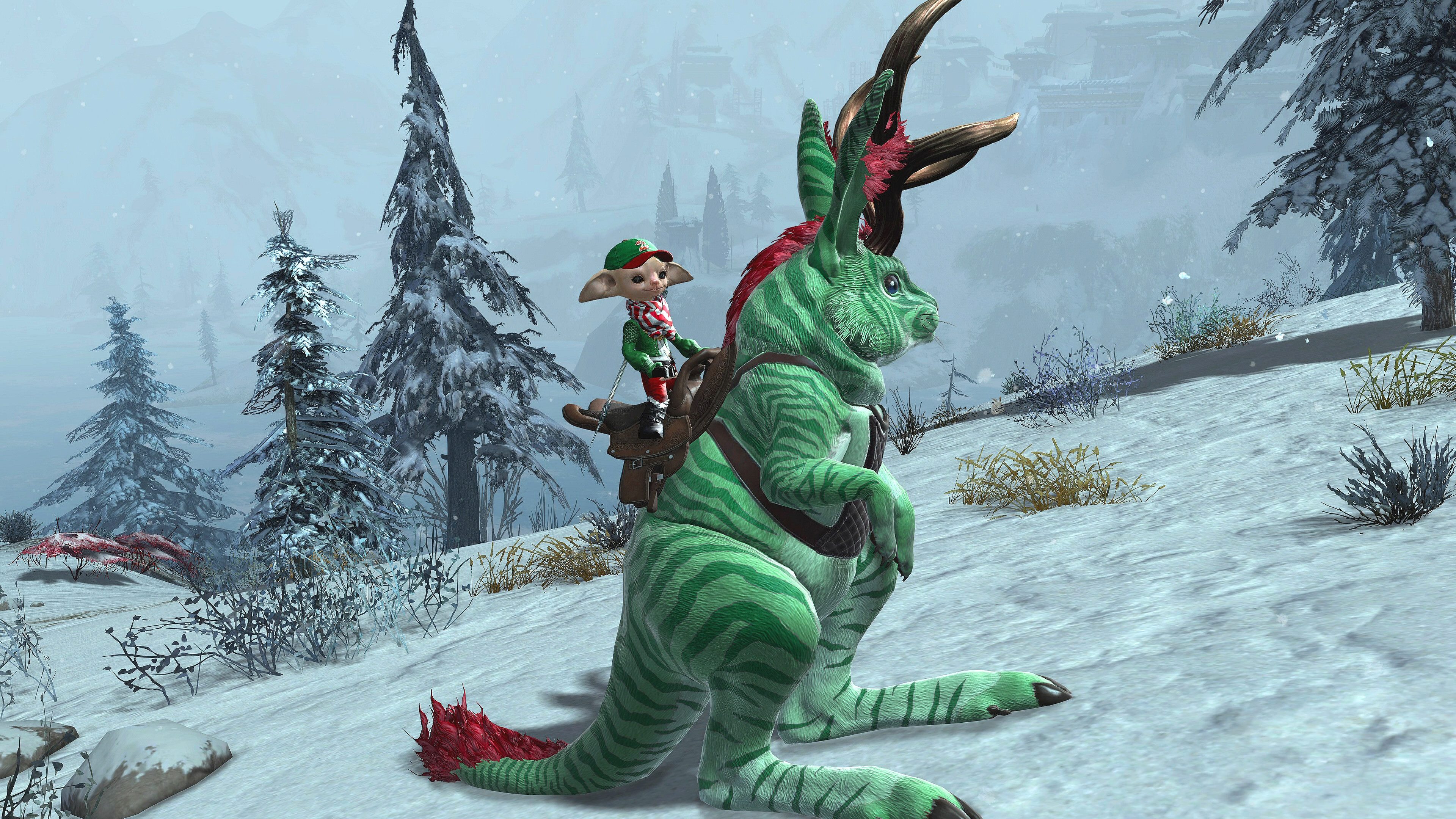 I named my Peppermint Candy Jackalope “Patty”, and have been pleased to find that she is fast to learn. I take her out riding every day, and we’re quite the team now. 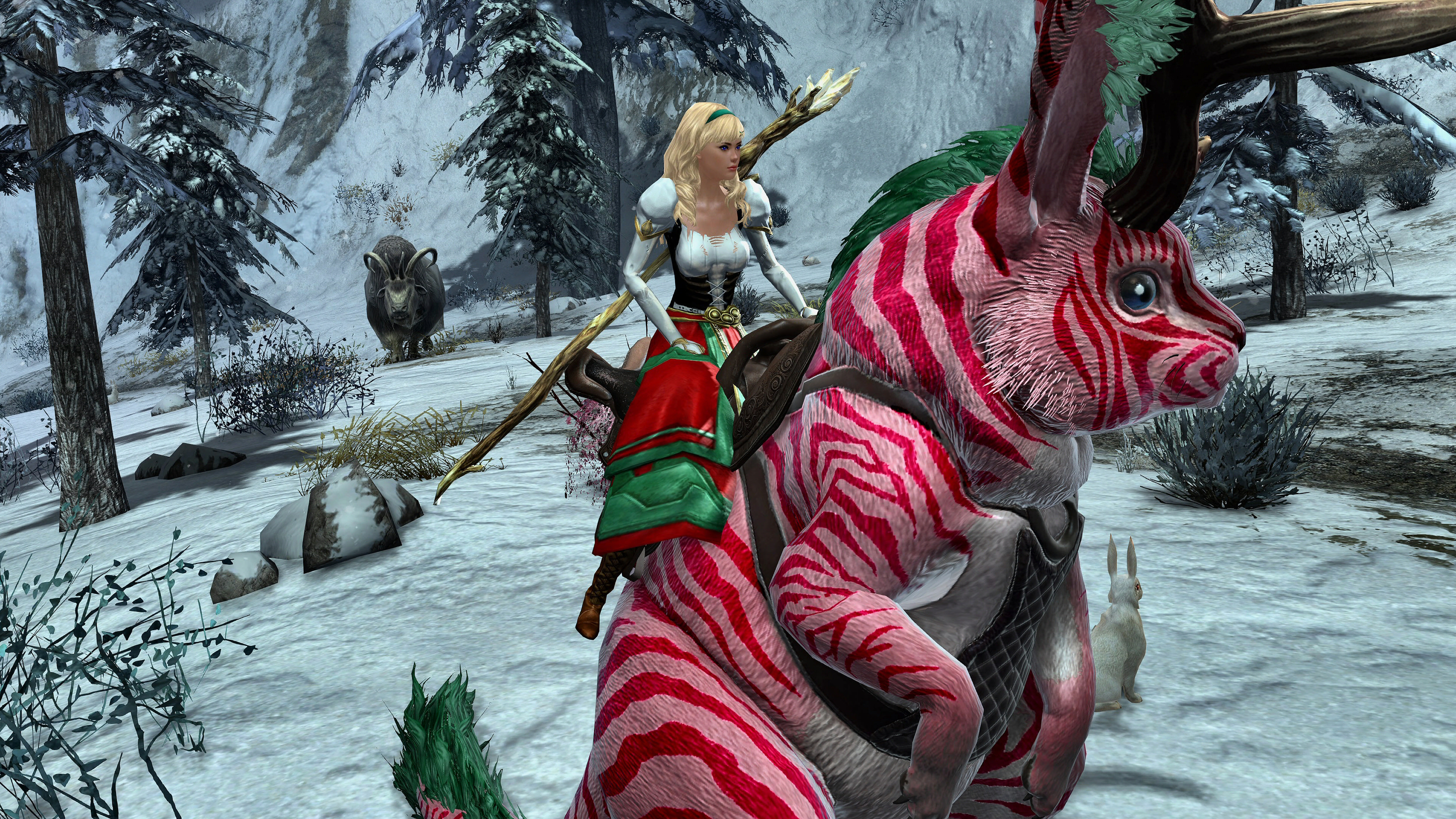 I know I told you that I wouldn’t be able to make it home for the holidays, but for my successful journey I have been rewarded with a week off! Don’t tell the family… I want to surprise them when I ride up on my Peppermint Candy jackalope! 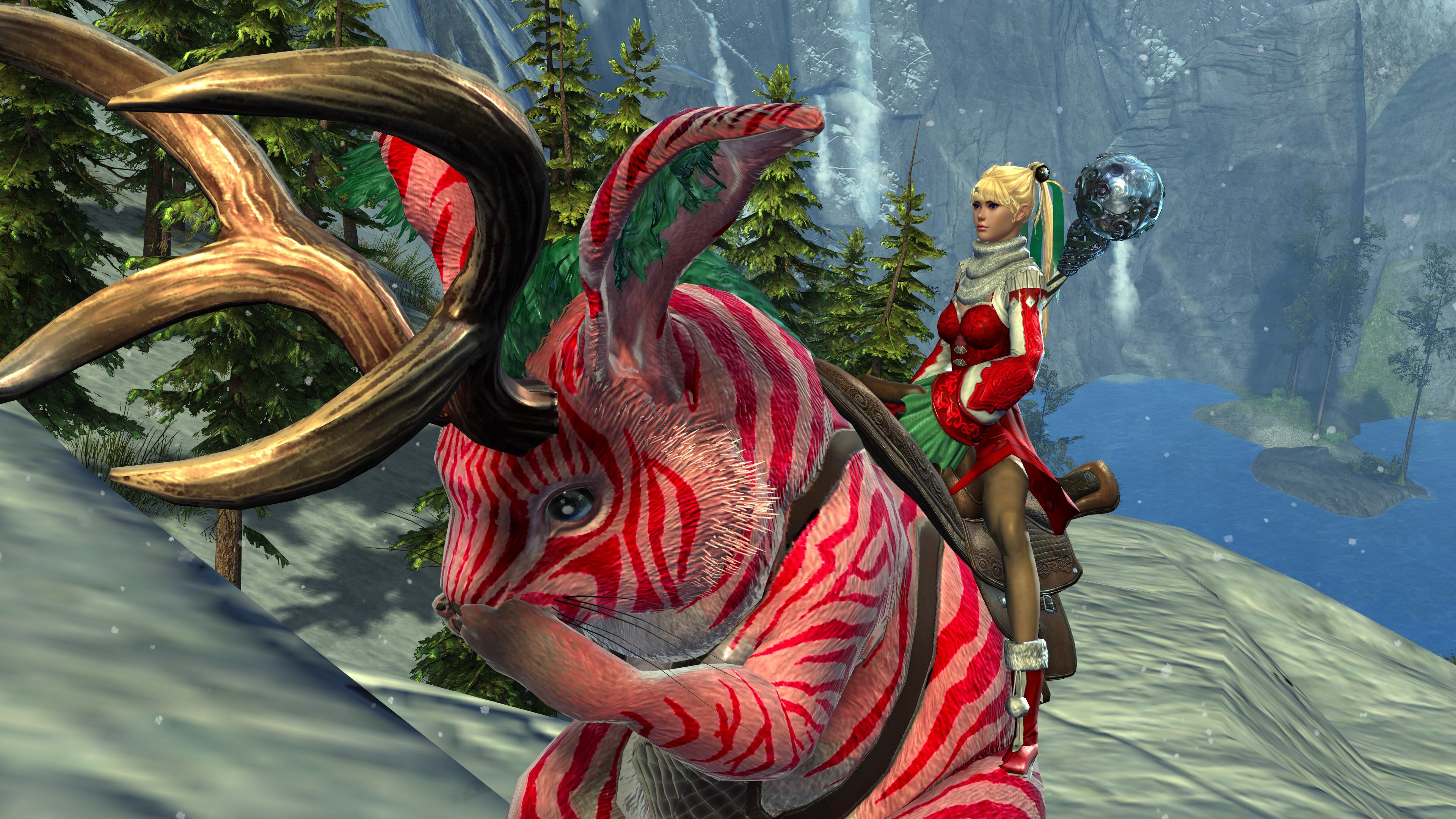 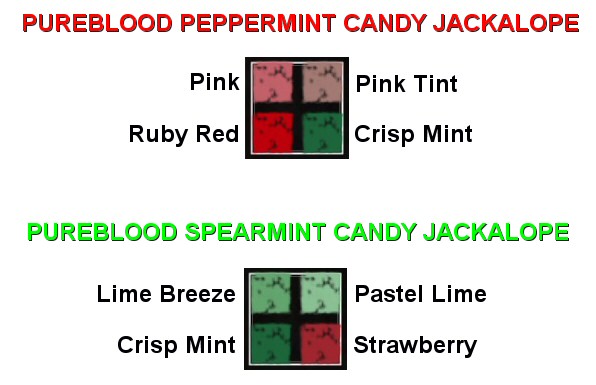