As said in the title these designs are not based on the actual designs of the dragons. They're just re-imaginations/reworks on them. Anyways, this is just an inbetween work I did while listening to music and waiting for events. By the way, "S" (the unnamed deep sea dragon) doesn't have a confirmed design yet, I know that. So I just decided to do my own turn on the unnamed one. Maybe I'll color them in the future and post an update here. 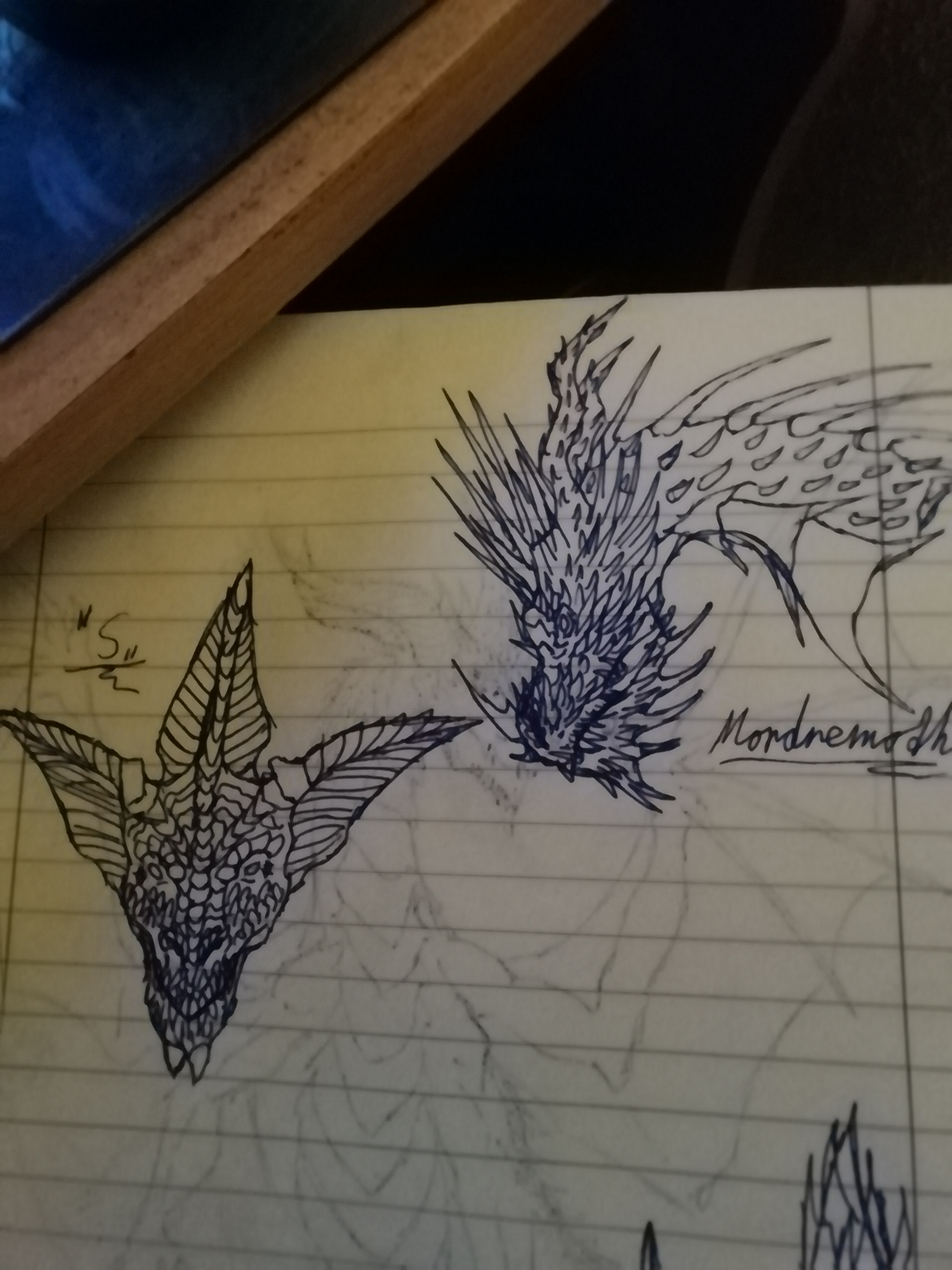 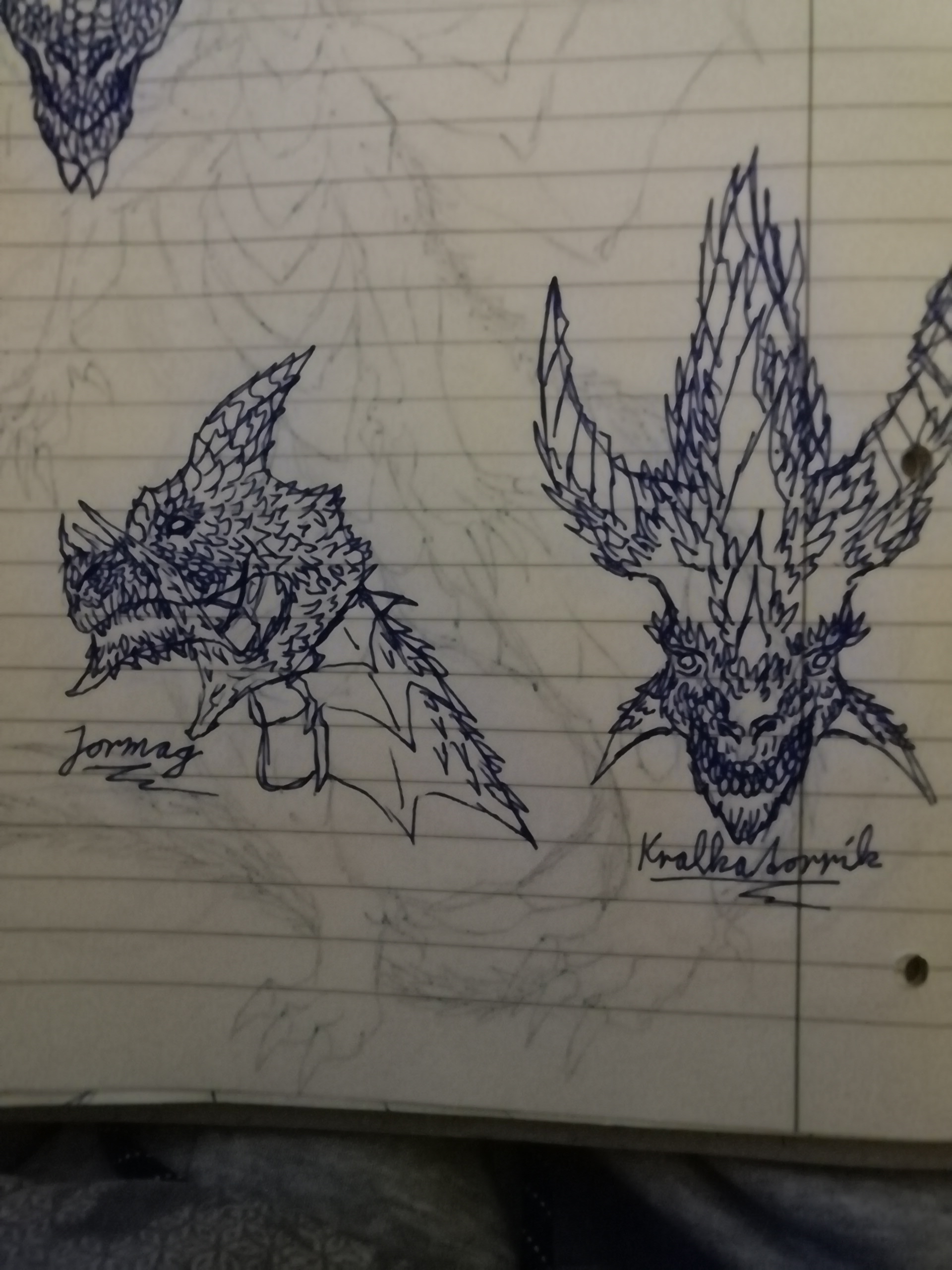 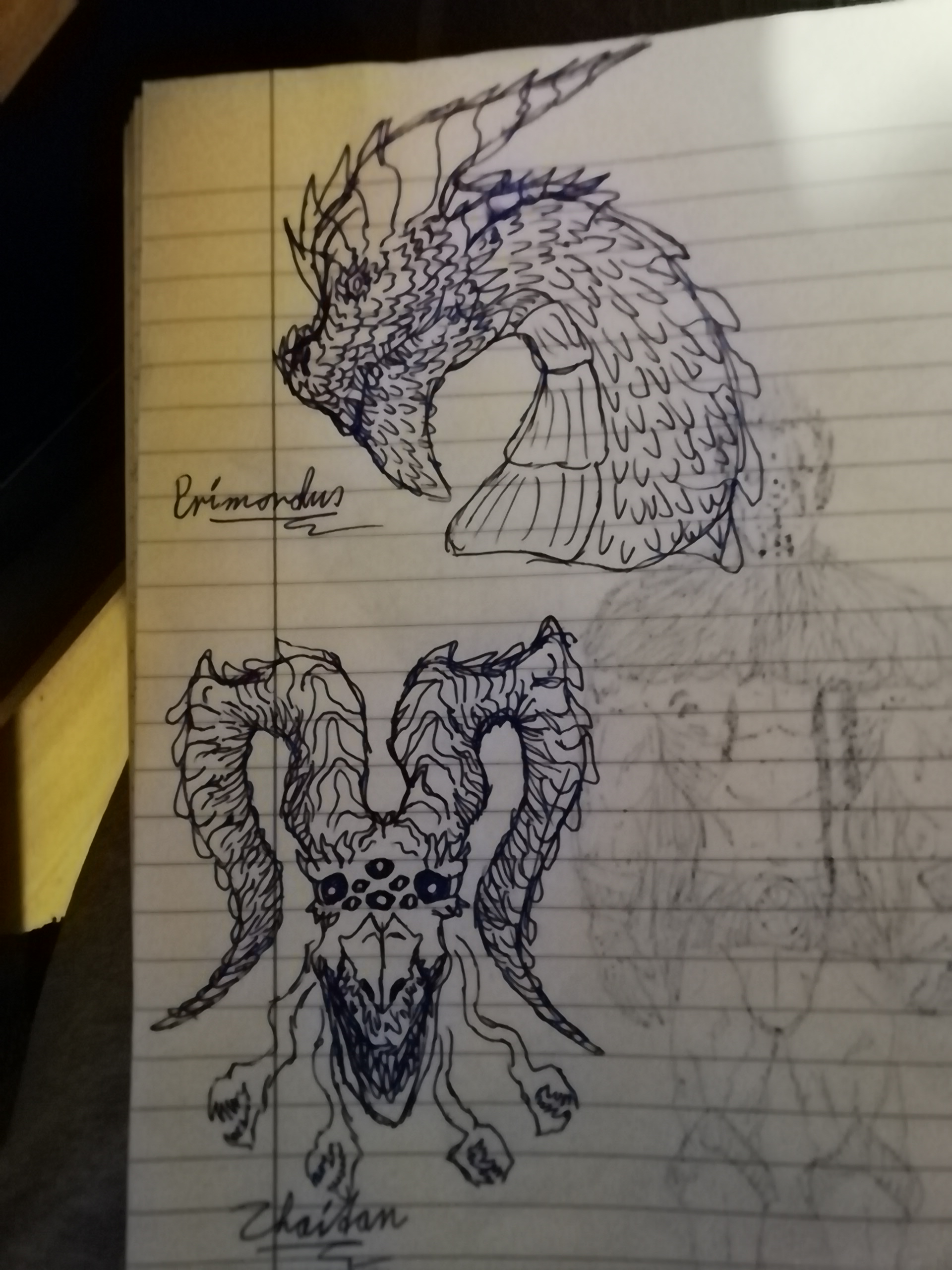 Sorry if the image quality isn't that well. Turns out tablets don't have good cameras and it's not daytime at the moment.