That recent video from WoodenPatatoes with gw2 universe related artworks

I haven't seen any discussion about that video from wooden patatoes. Frankly after checking the code of conduct, I don't know if it is allowed or not, it isn't datamined, it isn't a non released thing in gw2 it's made by former gw2 artists who were designing a kind of mobile game; and the pictures shown in the video can be found on the internet and gaming related website/ artstation and linkedin profiles.
The corresponding Rules are:

Unreleased or Data-Mined Content
-discuss, display, or link to conversations that include any data not available through normal gameplay, such as unreleased in-game items, equipment, or game areas that have been unlocked by datamining

I think I am okay because this isn't in gw2 content. 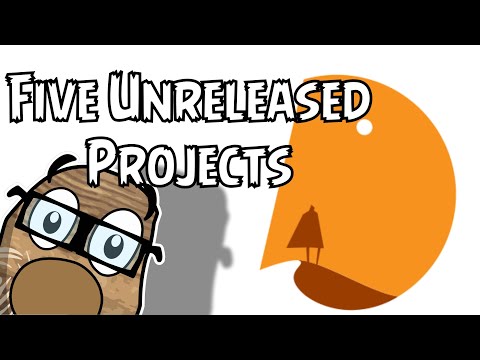 Here is the video. This is just a mini post to tell that I am very amazed by the talents of the artists. Any landscape/battle background, the world map... (btw I'm speaking in the video, from 0 to 11 min 40) even the concept arts shown looks dope. Well, argh, can't say if I can tell more. Really i'm embarassed, guess this post will be removed and I will get a warn, but in same time, I want to speak about it and say how I love the gw2 artists.

One of my favorite art is the following one:

I like how the gw2 artstyle is respected; this is clearly a map I could see in gw2. The looks overall, you know, it feels like it is northen-Sandswept Isles, you are outside and the rest is underground.

But there is ton of other artworks reminding gandarran fields, snowen drifts and other regions of GW2. I am so stunned by the quality, complexity and well the organization of the artworks. It is a thing I was speaking about along the first champions releases, the artworks are so living and expressive whereas their in game iteration is not that good. Loading screen and concept arts always feels better than the screenshots you would take in the map themselves. I don't say there is no cool spot for pictures in maps, but in term of details. Generally, you see, on artworks, you see ton of writing on consoles or signs, there are ton of npcs, furnitures and addets in the background where in reality it is empty, the most recent example is the loading screen from primordius rising story step in champions chapter 1: truce. Tons of details, devices, npcs, a picture never seen in game.

I really love GW2 artists and their talent, really, because, I don't know how cool would be my fanfictions, RP or drawings without those awesome artworks and the ideas/ambiances carried by them.