I recently played the Sylvari PS again and I just had a thought. We know that Malyck was going to be part of HoT and he was cut. Isn't there a perfect fix to where the tree could be right there in front of us all this time?

Right here in the guild wars 1 zone Alcazia Tangle on the far out island closer to where Mordramoth's source was located. 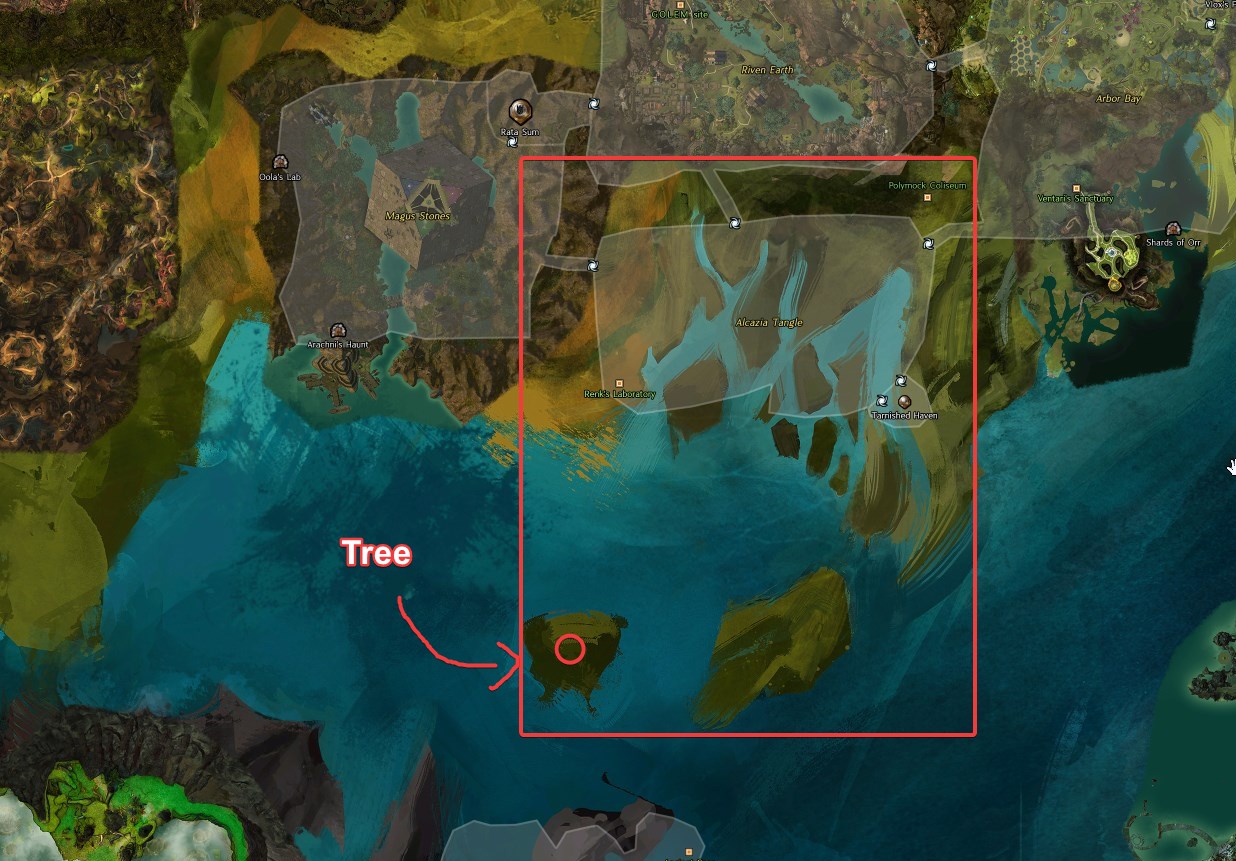 I don't think I've ever seen anyone else suggest this, but idk... doesn't it just kind of work out perfectly so they don't need to retcon things with Malyk since he could have followed the rivers in the zone north right to the nightmare court and they wouldn't need to change the story?