How cool is this?

I realise this may not mean much to anyone else, but I wanted to share it anyway.

This is a picture I drew about 17 years ago to be my avatar on a freeform role-playing forum (that's why it's so small) of one of the more unusual RP characters I've created, with her dragon Alzaranth. In-universe she was an experiment created by the gods of evolution. In real life I used my username (which was also Danikat) as a starting point and things...developed from there. The end result was pretty strange even by my standards (and that's before I added her army of armadillos) and not something I ever imagined I'd be able to use outside of that community, certainly not a character I could ever create in a video game.

And this is a screenshot I took in GW2 today. 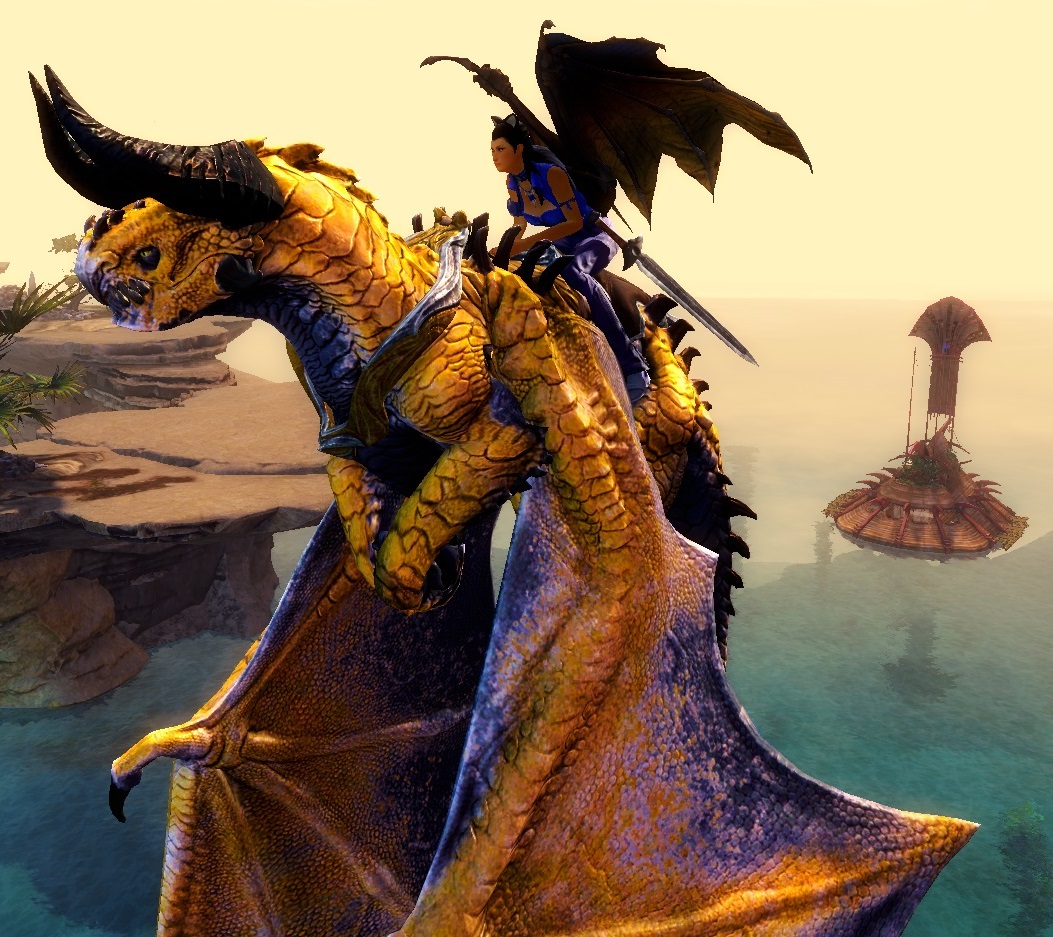 The top isn't quite the same and the tail is missing but otherwise it's a pretty much perfect replica of the two of them. I love that I was able to do this, it's such a minor thing but it's so cool for me to see these two brought to life in-game. The only other game which has come close was City of Heroes, which I didn't play but a friend re-created my character and sent me screenshots...but they never had dragons as far as I know.

Next step will be editing together a screenshot with the mini Aurene filling in for her fire-lizard Lopp.

"Not dead which eternal lie, stranger eons death may die. Drain you of your sanity, face the thing that should not be"