So. No, before jumping on the reply button, I will NOT speak about reverting the nerf to 600 ranges as it was before. I will speak about something that bother me way far more.
Firstly a small wall of text an intro.
Engineer is my main class, over the 6 years past years I saw nerfs and buffs, creation of new mechanics and butchering of old ones. All the specs added with expansions are awesome and the devs at the origin of them deserve many thanks for their works regarding the ideas, mechanics and the skills visuals.
Indeed, the concept of Scrapper and Holosmith are stunning, both came with their very memorable skills; I can think about scrapper without seeing Thunderclap, that lightning field and the famous Rocket charge. Ah and holosmith, Prime laser beam and Holographic Shockwave are surely the most beautiful skills at my eyes.

And again, Anet made mistakes. I will not rant about the range nerf, but about the fact you just RUINED the skill render. It doesn't feel like a shockwave anymore, when displayed, it feels now like the animation is unfinished, like rushed or like the skill is bugged. It's rare that I complain about how a skill is displayed, but you crossed the red line. I don't know what you try to achieve by doing so, already some years ago, overcharge was removed and the turrets became dull. Now that shockwave is flat (no pun intended).
So what I'm asking is clear.
-Either you restore the old visual of the 600 range skill but keep the effects as 300 as planned.
-Either you recreate a new visual for the skill finished, that doesn't ruin it.

Actions HAVE consequences. And that nerf was applied without taking anything in account.
Several voices in the official balance thread have been ignored.
For the sake of some haters or whatever non-dodger that skill was nerfed. If nerfing all cc 5 players skills, then nerf gravity well. And frankly I'm not that much against the range nerf again, but VISUALS. It's just like as a comparison that I've picked one of chrono's well, removed 1/4 of their circle mark on the floor....
Engie was on the radar of nerfs for too much time, a radar of devs but also players.

I'm seriously starting asking myself why you've created such a fabulous game if it's to ruin it over the years...
PS: Just put it there, why 300 range in PvE huh? WHO IS ANNOYED BY THAT?? Monsters? Just a thought.
So many other possibilities like simply removing launch or adding target limit of 3!

Ah and for those who wonder how it looked before, and how I felt before the patch when using that skill: (Don't feel that anymore, picked my old friend rifle...) 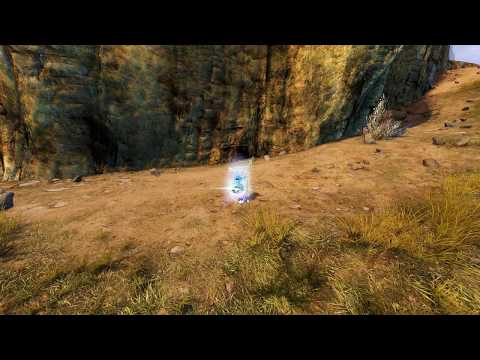 Pls, let's focus this thread on the graphics.