Why are you closing maps with more than 40 people finishing a meta-train? — Guild Wars 2 Forums
Guildwars2.com Forums Support Wiki

Why are you closing maps with more than 40 people finishing a meta-train?

It is not the first time in Dragonfall that we are prevented from finalizing the meta by closing the map, we have complained about this since last year and nothing happens to improve. 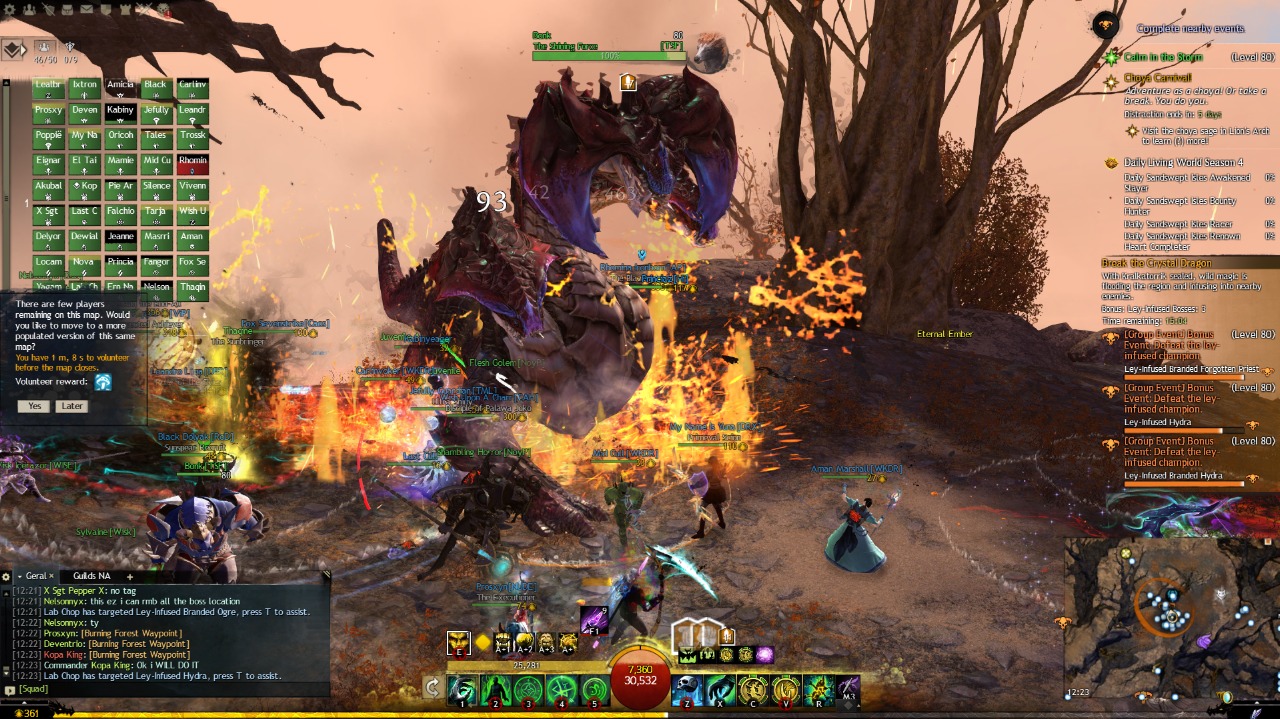