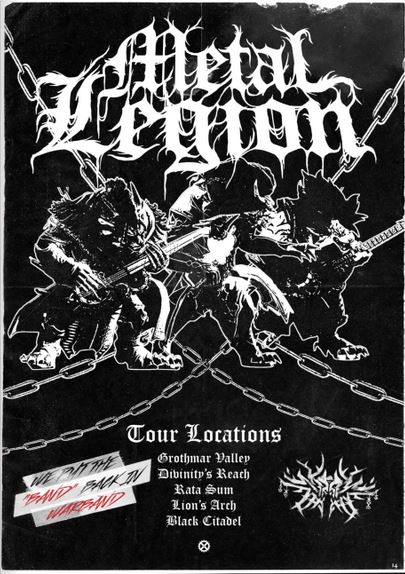 Well we have the T-shirt in game and IRL, we have weapons skins based on them, but... Tour in main cities: When? I'm curious about hearing more songs and reaction of each race about them? RIP the grove, you aren't planned.