Just kind of an idea I had for what might be happening to Ascalon either in the future of GW2 or some other project. With the Charr and Humans starting to work closer together and the Charr wanting to move past the treaty with actions. I was thinking that a future story beat that could be really interesting for living story could be the Foefire. According to the legend " if either Sohothin or Magdaer returned to the haunted remains of Ascalon City in the hands of the rightful king of Ascalon, the curse of the Foefire would be lifted, and the ghosts would finally be laid to rest." so only the humans would be able to end the curse for the Charr.

This action could be the thing that creates a true lasting peace between the two races, and also have some nice symbolism of finally putting the ghosts to rest to truly put the Ascalon War behind them. I was thinking that they could negotiate something where the humans would help end the curse and in exchange the charr would concede all parts of Ascalon to the right of the brand since it already cuts the nation in half pretty nicely. I also think that unless the charr are willing to let the humans have some of ascalon back it will be hard for humanity to ever fully get over the ascalon war. They could also build a new wall on the brand that connects to part of the original wall as well.

I made a simple map showing how this might look and I included regions for all the legions just to give a good idea of how big these territories are. 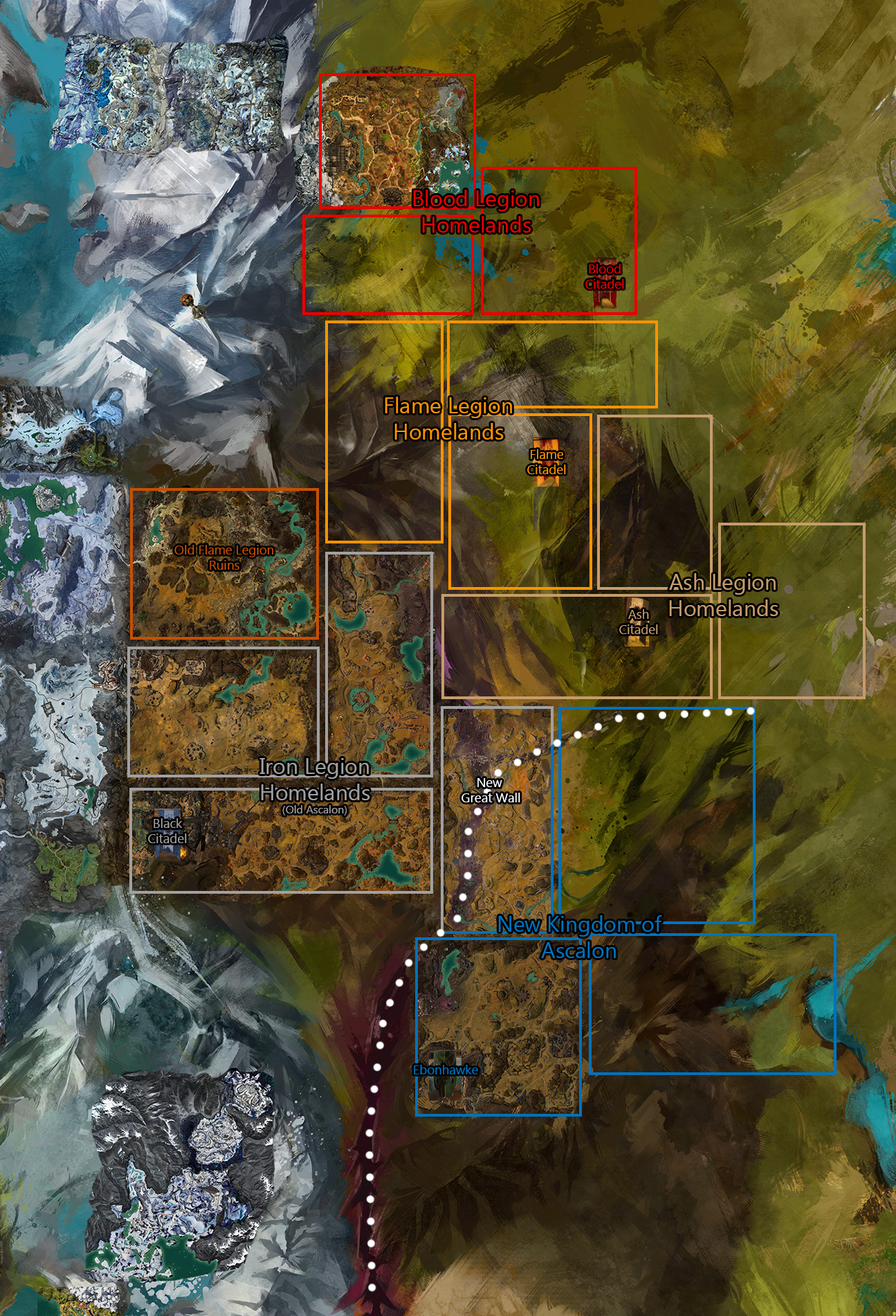