I hope dragons in cantha doesn't look like the Lunar Maned Skyscale...

I was super excited to see the name from the update notes this morning, though the skin was disappointing. For me it doesn’t look like a oriental dragon at all, more like some weird dog/goat dragon from the NeverEnding story...

I mean it’s ok for Anet to design skin with any look they like but if they are aiming for an oriental dragon look skin then there’s a few features:

1: Oriental dragon has mane, but only on the head and the beard (both around the face and two long ones like the carp). Other part like the spine and the tail should look more like fish fins.

2: Face of oriental dragon looks more like a Croc instead of a furry mammal, the dragon the often referred as the “King of the scale animals” (Phoenix is the king of the feathered).

4: for this skin they could try to just hide the wings model and the animation should already look good for walk and fly. They already got really nice animaition of the body waving when flying and run.

I know It’s just a skin but since they named it Lunar Maned skyscale I’m a little worried that’s the direction they going to go with for Canthna creatures... hope they do more research and sketch on the authentic oriental dragon’s look, not because we can’t change the old tradition, just because I find they look truly more epic. 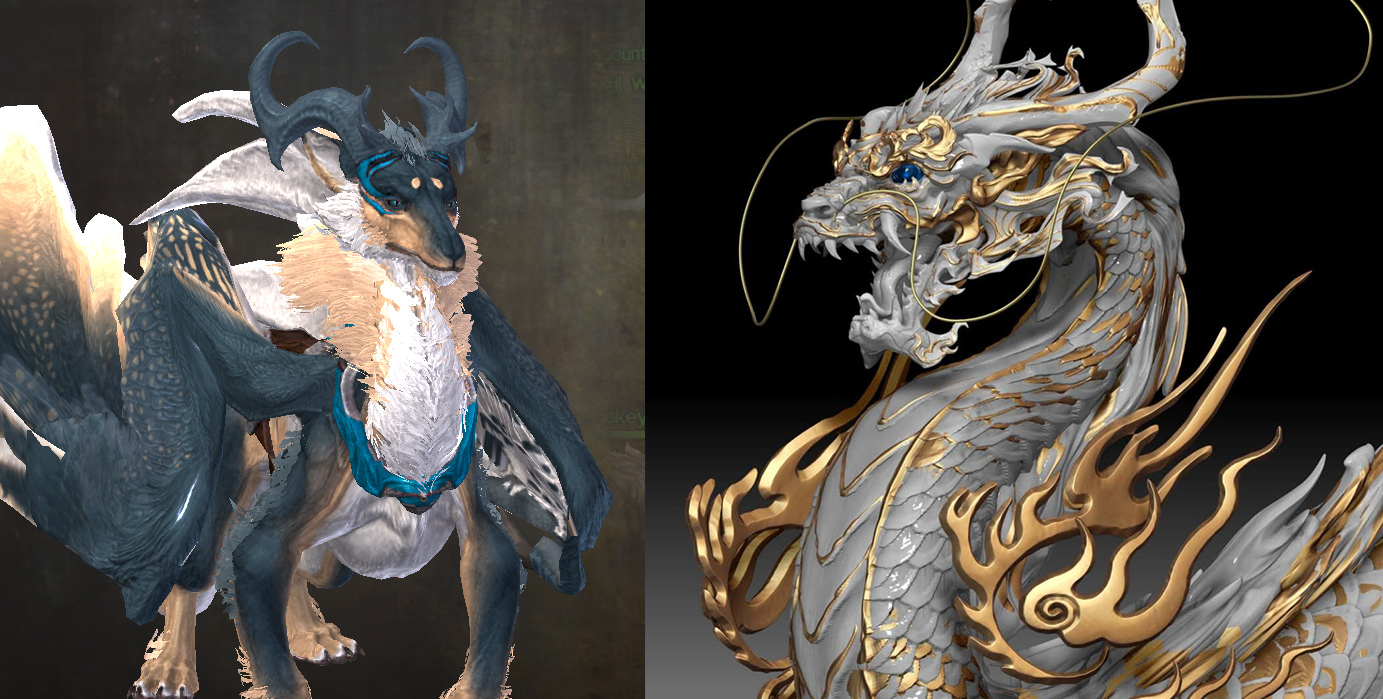