We wanted to create a new post that is a FAQ to the world restructuring post, and clarify a few points that some have found confusing. Please feel free to continue to comment on the world restructuring post (McKenna and I are still working through all the questions), or on this post with feedback. I just wanted these topics to be easier to find for everyone, and figured a new post would be a good way to do this.

Note: If you do have a question that is not related to world restructuring, please create a new forum post. We are going to ask the moderators to be more heavy handed with removing off topic posts in this thread and the world restructuring thread, as they are already very large.

Q. How big are alliances in comparison to world sizes?

500 players is around 20-25% of WvW world sizes currently (this is only using players we consider active WvW players). Therefore, a single alliance can be a significant size of a world population but not the majority.

Q. Will I have to represent my WvW Guild at all times to play WvW?

You can represent whatever guild you want. A WvW Guild is only for world creation purposes.

Q. Will there be a limit as to how many guilds are allowed in each alliance?

Q. How does the game determine if a player is French/Spanish/German? In game language?

Q. Is the setting to be a WvW guild independent from the Guild Mission settings?

It is independent. It will be a new setting launching with the system.

Q.If a guild has a large population but only a portion of that guild actually plays WvW, would they have to make a new guild in order to keep the population accurate?

No. Only players who set that guild as their WvW guild will count towards that guilds WvW population.

Q. Will we be able to have an 'alliance' chat the way we had in gw1?

This is something we have thought about and are defiantly going to investigate.

Q. What about inactive players? A player comes back and wants to join his guild that is already part of an alliance/world. Can he just join them with ease?

Q. How this will affect Roleplayers?

This is something we had not fully considered and we will start looking into possible solutions.

Q. I am officially NA playing on EU, when we get regrouped or resorted will I be staying on EU or automatically on NA?

You will stay in whatever region you are currently in.

Q. Will/can we get the information about the alliance via the API?

We plan on updating the API so that it can recognize the new worlds created with World Restructuring.

Q. Are there going to be reward changes with this system?

We want to release the system and make sure it meets all of our goals before adding/tweaking WvW rewards.

Q. If a player changes their alliance server or main WvW guild, when or how long before it becomes active?

It will become "active" when the next season starts. So if you change your WvW guild in the middle of season 1, you won’t be sorted onto the same world as them until season 2.

Q. In PvP, I have a tendency not to get linked with people I've blocked? Will the relinking be affect that? Or can we get a guild block list?

We will look into this, but world restructuring will probably not consider the block list. It becomes too difficult to create massive worlds if it has to consider block lists when creating them.

Q. How will inactive players becoming active again affect alliances. E.g. An alliance is close to the max capacity and a few inactive guildies return, mark their guild as their WvW guild and > put the alliance over the population cap.

If the alliance is capped no more players can join. It would be up to the guild on how they want to handle having those guildies play with them. Leaving the alliance and creating a new one, is what I expect most guilds would try and do. They could also leave the alliance and decide to just be sorted as a guild in the next season.

Q. What will happen with eotm? Will it be removed and integrated as a normal map?

EotM will remain the same as it does now.

Q. How many servers will there be? Will this be evolving or a constant?

The number of worlds can change every season. The number will always be divisible by three, but one season could have 12 world and the next could have 15 based on the need of the population.

Q. Will all servers be tried to balance at the same level or at rough tiers? I'd imagine with the EU language restrictions it will be more difficult to achieve that.

The goal is to have worlds be balanced at the same level. That way we can create great matches. We are not trying to make 3 tier-one-worlds and then 3 tier-two-worlds etc.

Q. Does this mean the more casual players cannot play with the more hardcore WvW players?

A world can be made up of "casuals" and "hardcore" WvW players. The system uses stats like play hours in WvW, commander time and squad size, time of day, and participation levels to create worlds that are balanced. Some of the new worlds might have more hardcore players and some might have less but overall the new worlds should have similar play hours.

Q. What is beneficial in this system to roamers?

Moment to moment gameplay should be similar to how it is now for roamers, except now that matches are more balanced, the objectives roamers take, and point’s roamers earn for their world will have a bigger impact on the match. When the worlds are balanced anything anyone does matters a lot more, because it is not going to be made irrelevant by the much bigger world.
If you want to guarantee playing with other roamers that you are friends with, then you can make a guild. If you do not want to do that, then there should still be plenty of roamers on the new worlds.
I’ve seen some roamers worried about this system, and I’d be interested in hearing what in this system could change to make it better for roamers in their opinions. If you could mark your account as a WvW roamer account, and the system guaranteed a percentage of roamers on each world, would that feel better? Or is there anything else we could do besides use a different system. We would love to hear other ideas, and even though we haven’t been able to respond to everything we have been reading it all and taking notes.

Q. What is the deal with this Player Score, Value, Evaluation etc?

There has been a lot of discussion about the player “evaluation.” We already use play hours to determine population status of a world and when we refer to player value or evaluation or score we are talking about play hours with some kind of scalar adjustment. With this system, moving people around every two months we would like to track a few more things that can help us distribute players more effectively. One thing we are looking at tracking is commanding. Commanders are a big part of WvW no matter if your prefer scouting, roaming, running with a havoc squad or the zerg. Commanders are not the only piece to the WvW puzzle but they are a big piece. We would use commander time and squad sizes to determine a scaler to that commander players play time. For example, these are not the real values but I am not even a full cup of coffee in so for my sake I am going to make the math easy, PlayerA, PlayerB and PlayerC all play for roughly 100 hours a week. PlayerA commands smaller havoc squads, PlayerB is a PUG zerg commander, and PlayerC does not command. For all the time a commander is commanding squads let us say of more than two and less than size ten we’ll count those hours at a one and a half times multiplier and higher than ten we’ll count it at two times. If Player A were always commanding, in the small squad range, while playing their time, adjusted hours would be 150 hours. If PlayerB were always commanding, in the large squad range, while playing, their adjusted hours would be 200. Since Player C did not command their hours, remain the same at 100. Doing this can help us get more even matches. WvW is not completely a number of bodies game. A hundred veteran players will always beat a hundred casual players. 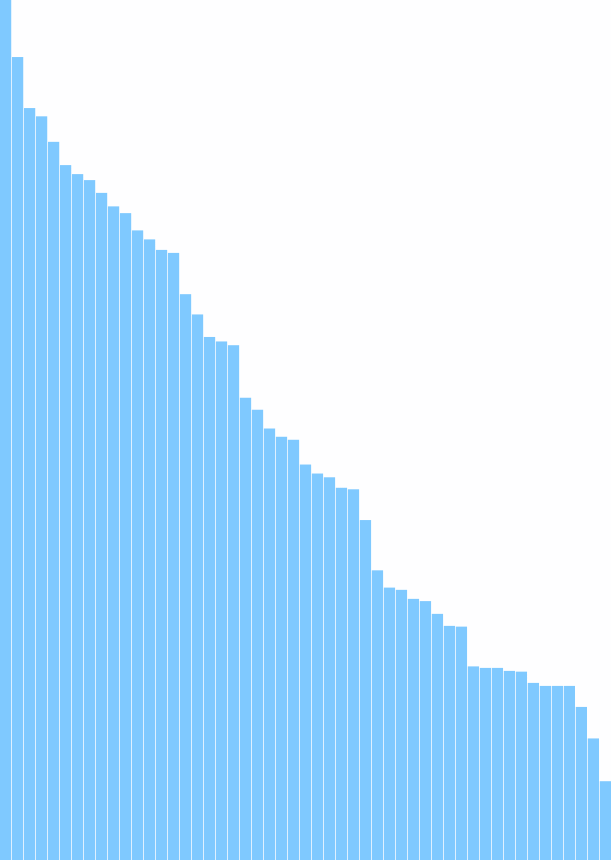