Thief permastealth is nerfed in this upcoming patch 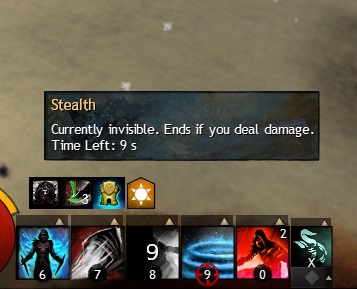 There are many posts about the permastealth, but I just want to let you know that the most popular way of getting permastealth is heavily nerfed in this upcoming patch.
In case you didn't know the way to get easy permastealth :
1. Pick "Hidden thief" in shadow art that gives 20% cd reduction on deception skills.
2. Pick "smoke screen" which is a deception skill. (its cd went from 25 sec to 20 sec)
3. Use heartseeker in the smoke screen until it goes away

then the duration of stealth should be approximately equal to the remaining cd of smoke screen.
And in this upcoming patch, the smoke screen cooldown increased from 25 sec to 35 sec as well as shadow meld stealth duration decrease from 3 sec to 2 sec.
So you don't even need deadeye trait to maintain permastealth and now it is getting nerfed.
I am posting this because it looked like people were requesting thief permastealth nerf without suggesting specific methods.
If you have any other opinions, feel free to write reply